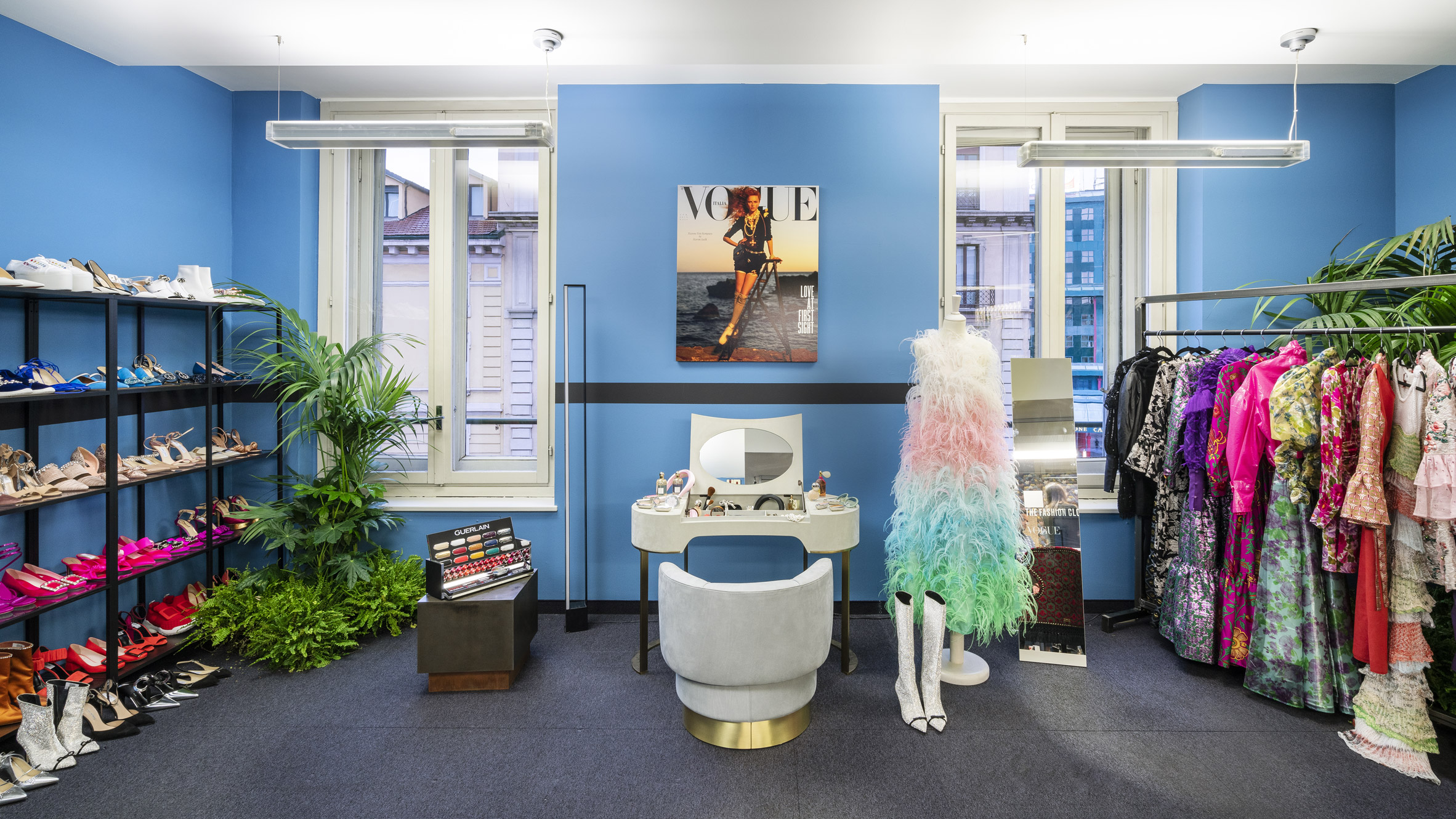 Vogue Italia has opened its office this week to a host of designers including JW Anderson and Rafael de Cárdenas, who have given the Milan headquarters a temporary makeover for the city's annual design festival.

In addition to JW Anderson and Rafael de Cárdenas, Farneti asked David/Nicolas, Massimiliano Locatelli, Pierre Marie, Ana Kraš, Storage Associati and Studio Proba to take part in the project, which was open to the public until 12 April.

"Life in Vogue is a very special project because it has a dual value," said Farneti. "First and foremost it allows our magazine to build extraordinary collaborations with some of the most important creative voices in design, architecture and interiors, and also with leading firms in the sector."

"Secondly, for us the event is an opportunity to open our doors to the wider public: a message of inclusivity which firmly underlines the most recent editorial developments at Vogue Italia," he added.

French-Lebanese design duo David/Nicolas were tasked with making their mark on the editor-in-chief's office. They opted for a warm and earthy palette in a bid to bring the comfort of a home to the workspace.

"When we approached this particular space we wanted to try and grasp the spirit of the Italian corporate lifestyle, elegantly simple yet sophisticated in its history."

A jet black modular shelving system was installed behind the desk to add more depth and consistency to the walls, while giving Farneti the freedom to chop and change the composition of the space behind him.

Next door is the editorial wardrobe room, the "heart" of the magazine, where all the season's clothes are hung on open railings and shoes are arranged by colour.

Lining the wall of the corridors of the Vogue Italia offices is a bold-patterned custom wallpaper by Paris-based designer Pierre Marie, who was also responsible for taking over the talent room.

For this space Marie created two new Futurist-inspired tapestries and a stained-glass panel for the window, which features yellow and gold ribbon-like patterns set against a light blue backdrop.

These elements are complemented by matching silk curtains and a "happy" yellow paint hue covering the walls.

On the other side of the hallway is the break room, which was given a playful and contemporary makeover by Studio Proba founder Alex Proba.

"When we were tasked to bring new life to the break room, I first asked myself the question what a break room meant to employees," said Proba, "and why so often these rooms were – and still are – not at all inviting as a place to spend more time in, rather than to grab a quick snack."

"We focused on creating a space that distracts and maybe even confuses you as soon as you step inside," explained Proba, who filled the interior with bold colours and patterns in a variety of pastel hues.

Serbian artist Ana Kraš was given the creative director's office, which she restyled in a warm shade of grey to reference her own studio in New York. This backdrop is animated with pops of colour in the form of a textile wall hanging and her vibrant Bonbon lamps.

Further down the corridor, architect Massimiliano Locatelli reinterpreted the meeting room by bringing in elements of the outside world. Taking design cues from the Désert de Retz garden near Paris, Locatelli used different shades of green to create a "déjeuner sur l’herbe".

Locatelli's large Garda marble table runs through the centre of the room, surrounded by chairs made from a mixture of aluminium and volcanic stone, while one wall is covered by a digital projection displaying photographs taken from the pages of Vogue.

New York architect Rafael De Cárdenas had a futuristic vision for his office redesign, which was inspired by the Ultima Thule – a trans-Neptunian "alien" fossil located in the Kuiper belt.

De Cárdenas combines old, traditional wooden furniture with modern metal seating and lights, animated with a blue light projection on the side of the room. "In this office, we advise caution when experimenting with your future," said the designer.

The main part of the office is structured by elegant, fluted walls and golden, reflective surfaces. A smaller adjoining room, which acts as the relaxation area, is a low-lit space filled with plants and greenery with a mirrored daybed in the centre.

Fashion designer JW Anderson juxtaposed the historical with the modern in his redesign of the fashion editor's room at the end of the hallway.

A low coffee table with a pearlescent sheen sits in the centre of the room on top of a plush "sand-like" carpet, aiming to challenge the height of the typical office,  as the user would have to sit on the floor to use it.

The Vogue Italia offices were open to the public during this year's Milan design week, until 12 April. This is the second time a host of creatives have taken over the headquarters, with last year's line up including Mario Bellini, Faye Toogood and Patricia Urquiola.

In other locations across the city, COS has assembled a structure from 700 bioplastic bricks in the courtyard of a 16th-century courtyard, while Chilean architecture duo Pezo von Ellrichshausen has installed a mirrored structure within Milan's Palazzo Litta.