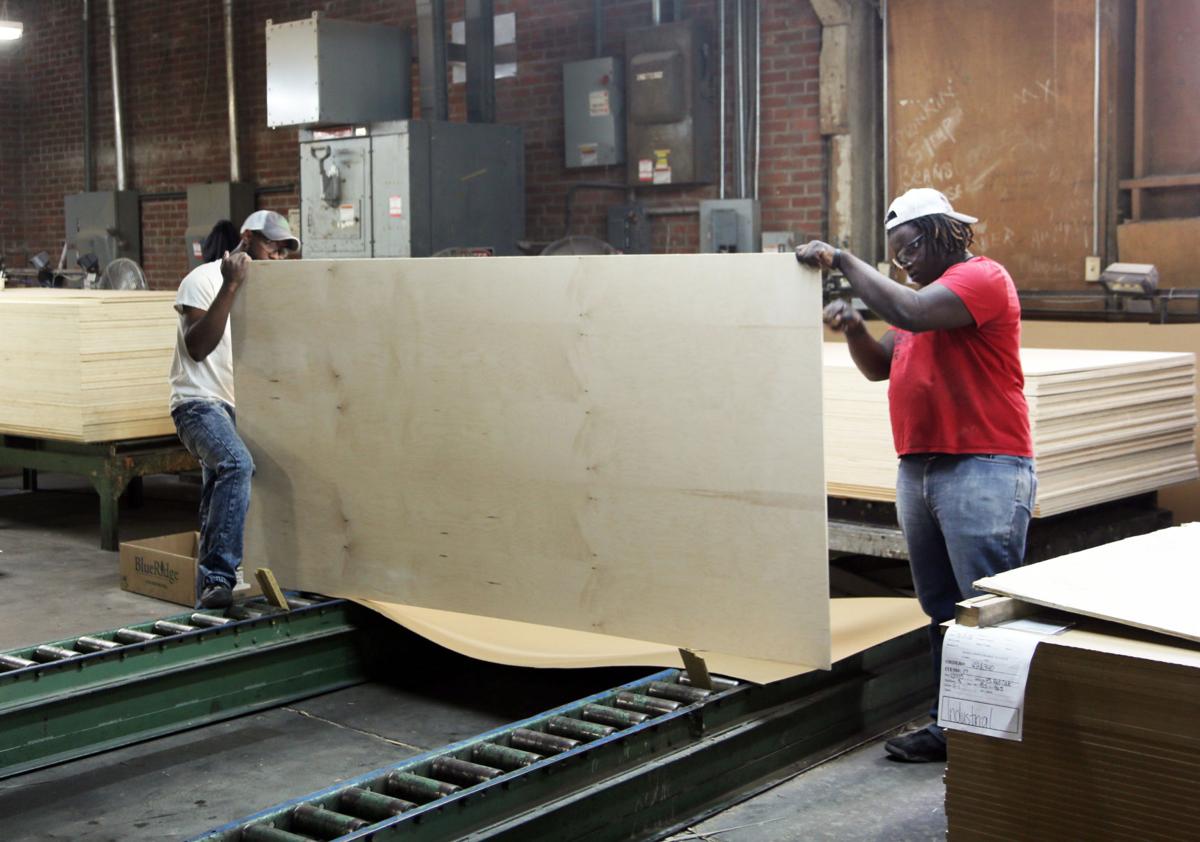 DARLINGTON, S.C. — When Darlington Veneer Company was established, Woodrow Wilson was president, the country was at the tail end of World War I and George Herman “Babe” Ruth Jr. was just emerging as a promising young baseball player for the Boston Red Sox.

The company has remained in the Pee Dee, becoming one of the leading manufacturers for hardwood plywood in the region.

Founded by Sherman Ramsey in 1918, Darlington Veneer Company (DVC) has rested on a simple motto: “Meet our customers’ needs.” The Ramsey family has continued to own the company now for 100 years, making it a third-generation business.

Pat Lynch, general manager of DVC, said the long-term success of the company comes from its good ownership, relationship with its customer base and sound financial plan.

“We operate on a handshake agreement,” Lynch said. “Our customers have been relying on our product for years here in Darlington, so they know the kind of quality we provide. They’ve also done a great job for us here in the market, so it’s a great relationship.”

Many of its products are then distributed from the manufacturers into stores across the nation such as Lowe's and Home Depot.

Lynch said plant’s location has also helped in its consistency over the years.

“There are a lot of customers on the East Coast here,” Lynch. “In addition to that, our supply lines are very close. Much of our products come from offshore and we can import those very competitively.”

In 1923, DVC was chosen by Ford Motor Company for its vehicle detailing and running boards. Right around the end of the Great Depression in 1937, a devastating fire destroyed Plant 1, setting the business back. At the time, the city didn’t have the water pressure to put the fire out effectively.

Shortly thereafter, Sherman Ramsey decided to build his own company water tower, saying that he’d never watch his own plant burn down again. The water tower still stands and is used as a backup for the sprinkler system.

In 1943, the U.S. government called on Darlington Veneer to build plywood to be used in the Navy’s new Liberty Ships. The business answered by shipping railcar loads of hardwood plywood to aid in the war effort and was honored for “Excellence in Production” by the United States War Office.

More than 40 years later, Darlington Veneer was named one of the Top 100 privately owned companies in South Carolina in 1986. The company was ranked 24th with sales volumes approaching $100 million annually and had the distinction of being highest ranked in the Pee Dee area.

Last Friday, the company celebrated its 100-year anniversary with a ceremony at the historic Wilds-Edwards House and visits from more than 120 guests, including S.C. Lt. Gov. Kevin Bryant, as well as the speaker of the South Carolina House of Representatives, Jay Lucas.

Reginald Hubbard, former general manager and vice president of DVC, said he was a part of the company for 47 years before choosing to retire in 2017.

“It’s been a great trip for me,” Hubbard said. “This company means a lot to me and we’re really looking forward to the future. Not a lot of companies can say that they’re celebrating 100 years in business. We’ve been very fortunate to survive depressions, recessions and times of war, but have also enjoyed the good times. We look forward to more challenges and opportunities in the future.”

Lynch added that the best is yet to come.

“This is a celebration for the first 100 years and we’re just getting started,” Lynch said.