by Anne Quito, Quartz at Work 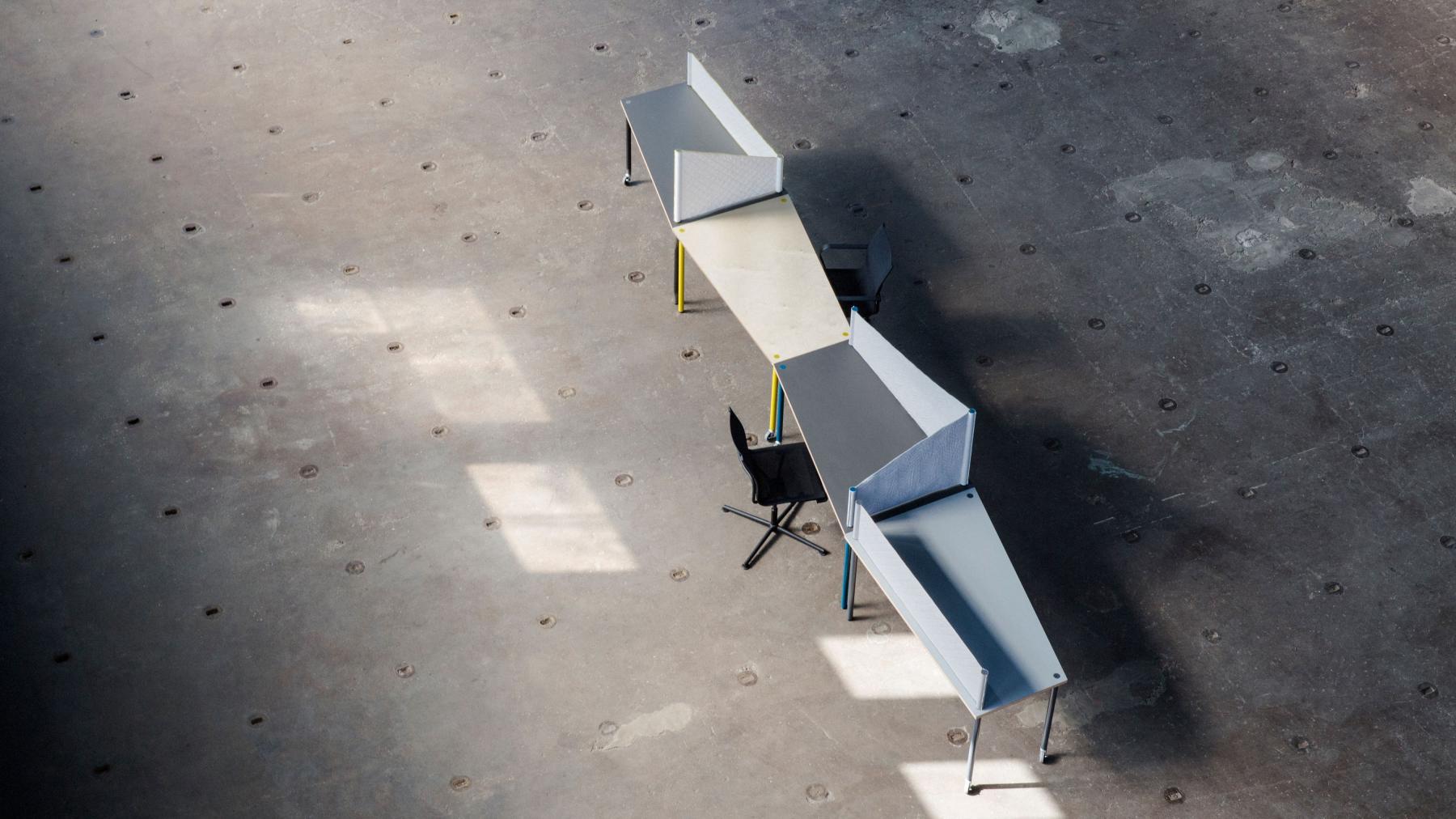 Open-plan offices are zapping our productivity. In the quest to improve them, designers have fiddled with various solutions ranging from privacy booths to high-back chairs and sound-muffling partitions. But design industry veteran Karen John thinks that we’ve been neglecting one fundamental element: the desk.

John, who founded an office furniture startup called Heartwork, has worked with companies such as Google, Airbnb, and WeWork to create effective workspaces for various work scenarios. Her newest product line, called Square, challenges the notion that a desk needs to be a rectangular plane. 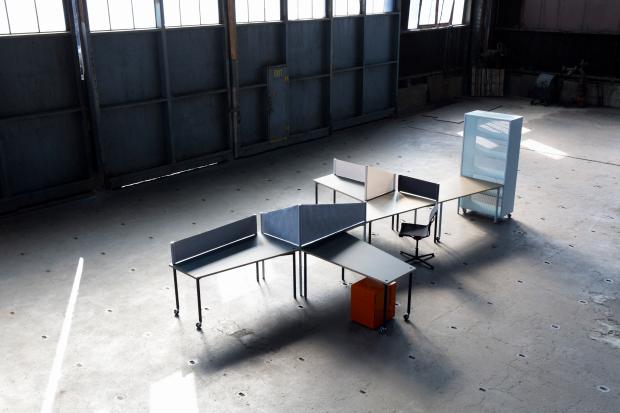 Comprised of trapezoidal-shaped surfaces that fit together to form a square, the units can be snapped together in various configurations—from shared desks to team pods and even ping-pong tables. When used as a workstation, a bank of Square desks create angles that give a sense of privacy, especially when paired with the latch-on partition screens that come with the units.

“It’s nice not to have to to sit across from someone and have the ability not to stare at them all day,” says John, who used to lead product development for the modern furniture retailer Design Within Reach. 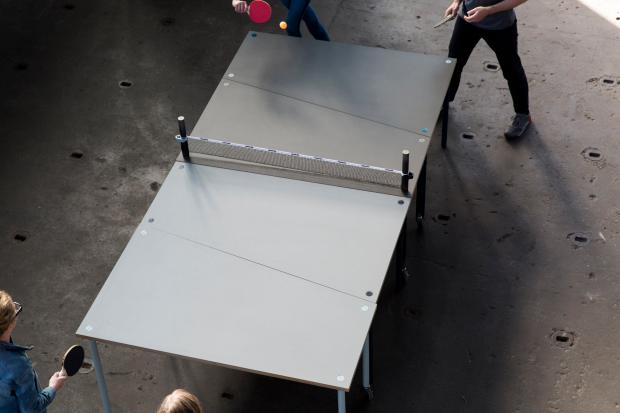 Working with architect Andrea Lenardin, John says the idea was to design desks that would accommodate people with various work styles, including introverts, who feel most oppressed by open-plan environments. They’re experimenting with pull-down mesh screens, so workers can signal if they’re free to engage in conversation or need to focus on a task. 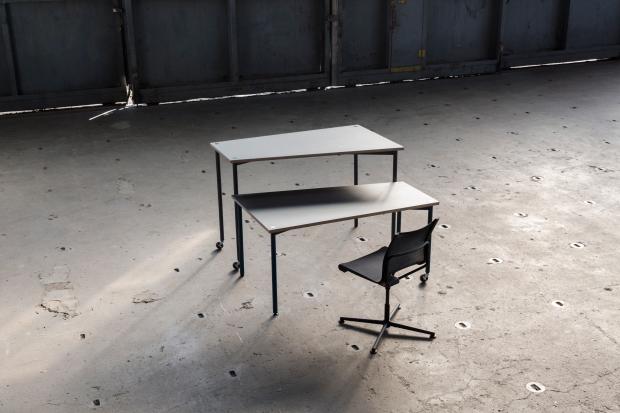 Ditching rectangular desks also breaks the factory-like grid of desks in most open-plan offices. John explains that giving workers the freedom to “design” their own ideal desk scenario—be it a small cluster, a big table, or a row—results in more productive, happier employees. “It’s about making people feel that [the office] doesn’t need to feel so awful,” she says.

“There’s this obsession now with the design of the workplace, but a lot of it has been superficial… Even the ‘cool spaces’ were cool because it had this [designer] furniture,” observes John. “But thinking about how people use the space and the behaviors that result from that—that’s really when you really start to drive culture.”

Genesis Products announced that it is expanding capabilities as a one-stop source for quality residential cabinet doors, drawers and components, which debuted at the recent International Woodworking Fair (IWF) in Atlanta, GA.

The Swiss developer and producer of high-end large format printers celebrates its 15th anniversary this month.