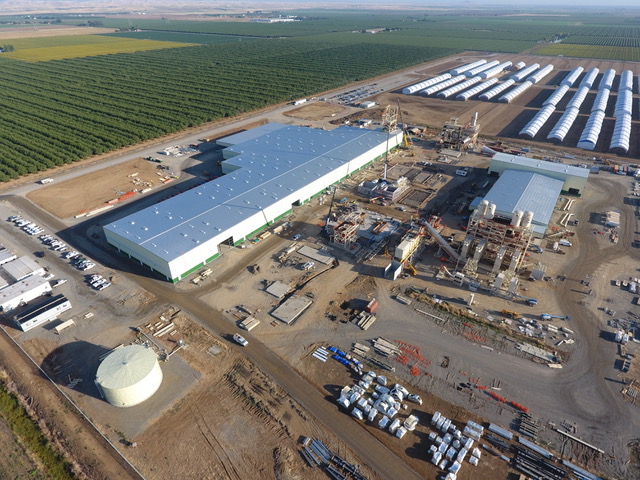 Construction of the manufacturing facility is nearly 80 percent complete, and an inventory of more than 200,000 tons of rice straw is currently in storage at the CalPlant site for the first run of panels, which should roll off the line this November.

“This facility is the first of its kind in the world in so many ways,” Uhland said. “Not only will it have a production capacity to supply 30 percent of California’s MDF demand, it will significantly reduce the use of water to flood rice fields in the Sacramento Valley, thereby cutting the production of greenhouse gases. Those aspects, along with the tremendous direct and indirect benefits the plant operations will bring to the Willows area, make this a legacy project for Glenn County and the state of California.” 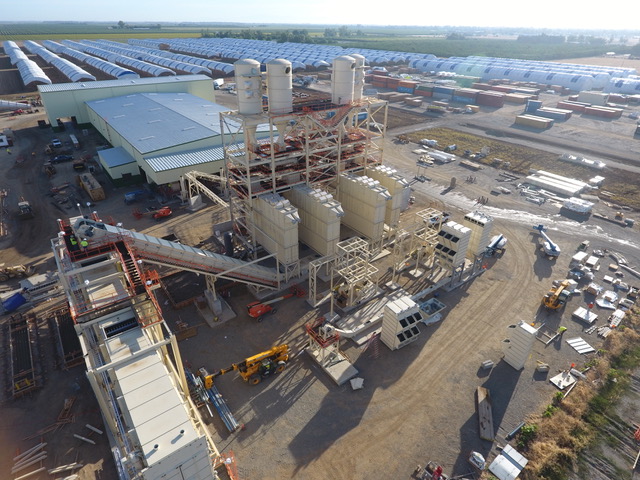 CalPlant will be the world’s first commercial-scale producer of no-added-formaldehyde, rice straw-based MDF, and at design capacity, the plant will produce more than 140 million square feet (¾” basis) annually. Rice straw is an annually renewable raw material, with all of the material for the plant being procured each year from Sacramento Valley rice growers within a 15- to 25-mile radius of the plant site.

Employing a Generation 9 Siempelkamp ContiRoll® continuous press, which is 10 feet wide and 115 feet (35 meters) long, CalPlant will be staffed by 115 full-time employees with 450 part-time jobs created during the annual straw-collection period. The mill will be able to produce MDF thicknesses of 2.0 mm to 30 mm. 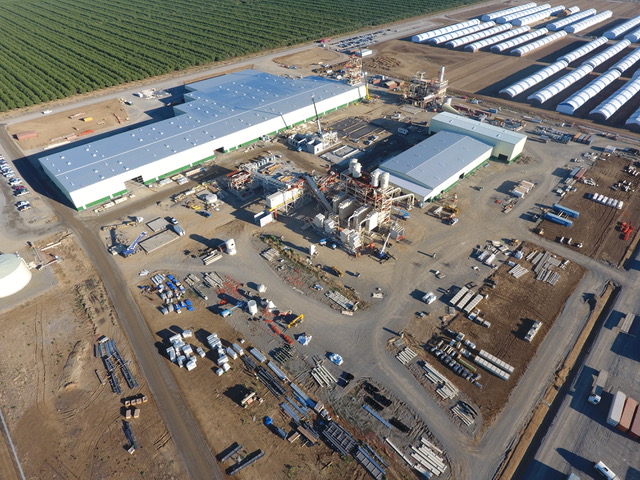 Columbia Forest Products, who is CalPlant’s exclusive sales agent, is an investor in the project and has been an important partner during development of the project.

In addition to its formaldehyde-free adhesive system, which will guarantee compliance with new Federal TSCA Title VI regulations on formaldehyde emissions from composite panels, CalPlant’s operations will produce significantly less volatile organic compound (VOC) emissions due to its feedstock and is expected to be a minor source of emissions under EPA rules. Its reclamation of approximately 20 percent of the Sacramento Valley’s rice straw waste will also result in significant savings of the water now used to flood fields to decompose straw after the annual harvest. 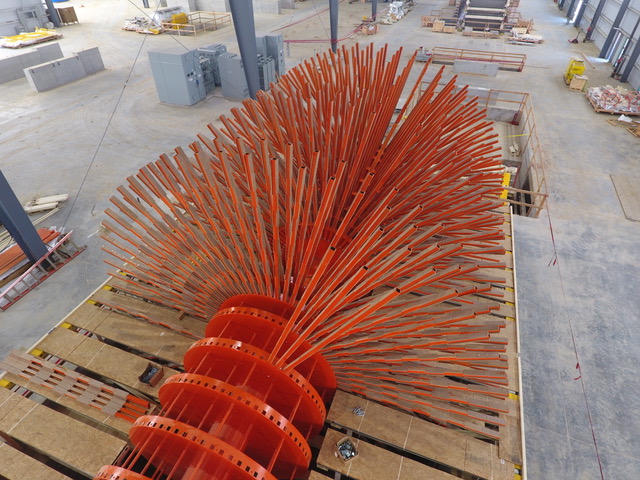 CalPlant I, LLC and its predecessor company, CalAg, LLC, have spent many years researching, developing, and patenting a process to make high-quality MDF using annually renewable rice straw as the feedstock, the disposal of which has posed environmental issues in California for decades. It has worked extensively with Columbia Forest Products and Siempelkamp to develop a facility with production capabilities well-suited to the MDF markets the plant will be serving. When complete in 2019, CalPlant will be the world’s first commercial-scale manufacturer of no-added-formaldehyde, rice straw-based MDF.