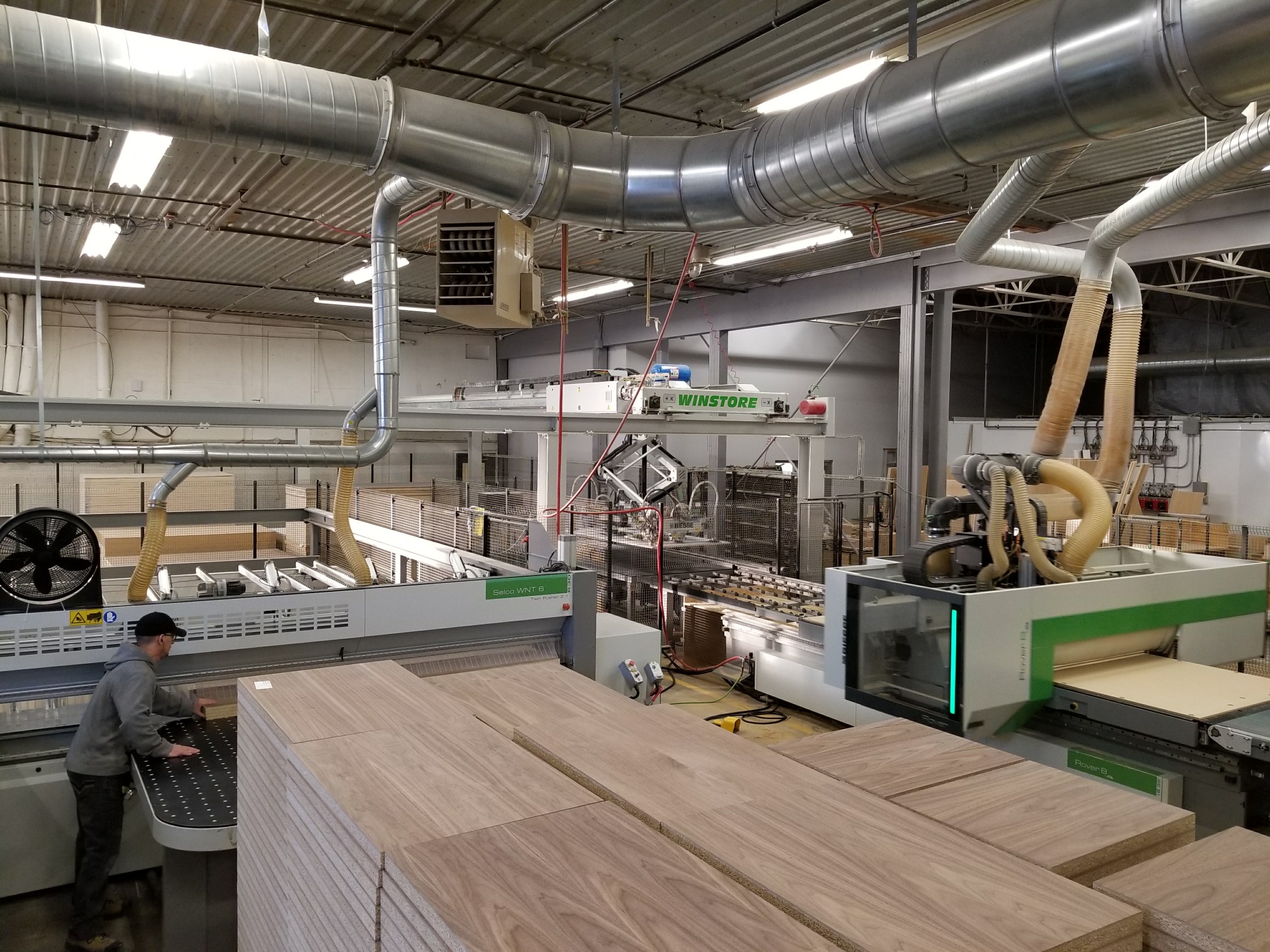 Production Manager John Klassen has been with Chervin for 17 years and seen the many benefits that Biesse provides as we move into the Industry 4.0 era. 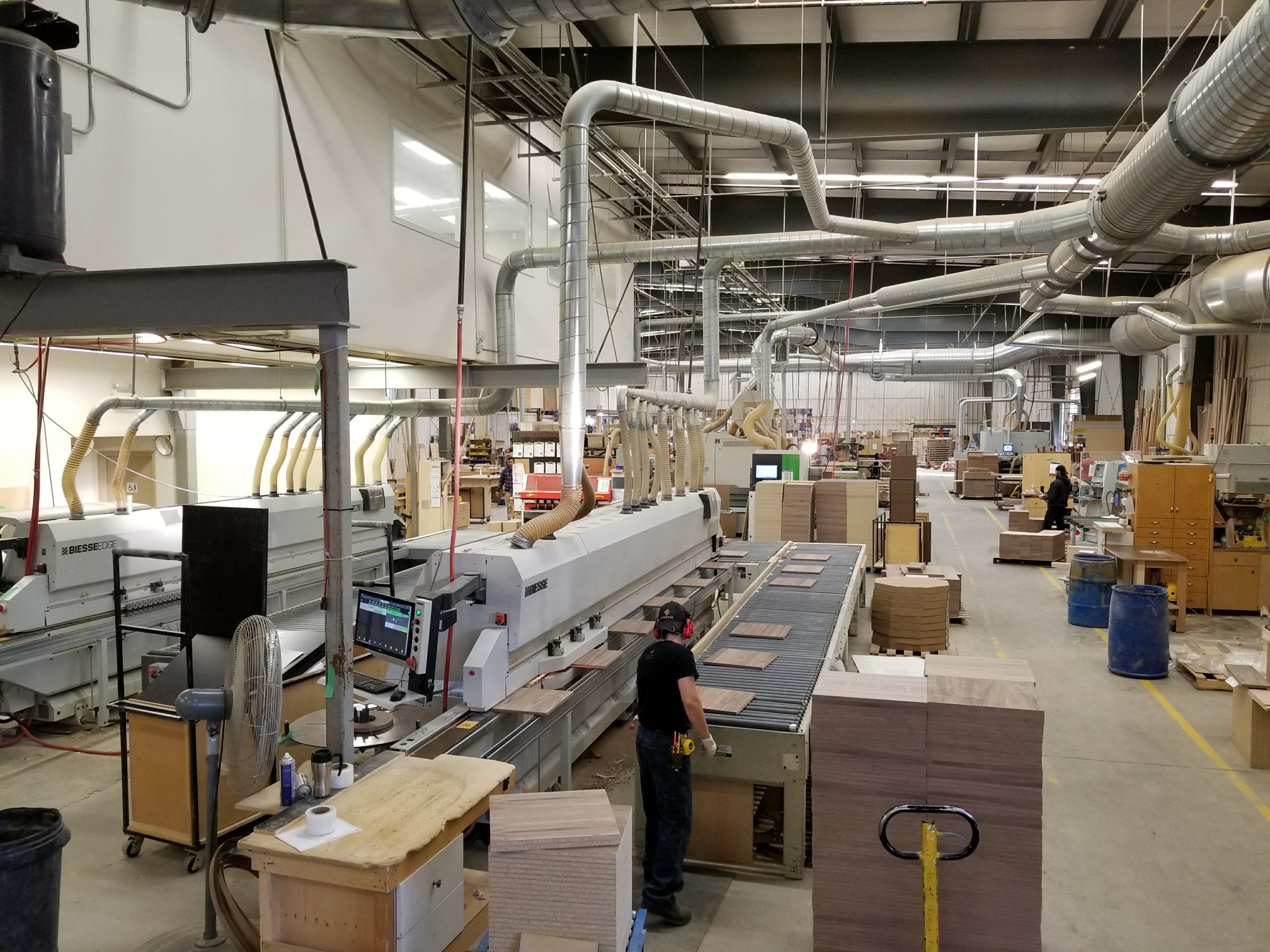 “It’s helped us to streamline, trying to get closer to 4.0,” Klassen said. “Without having equipment capable of networking, you really can’t do it. We’re trying to connect all of our machines together, so we’re not making each operator decide what to work on next. Those decisions have all been made up front. Information is fed down to the floor and the machines know what to do. On the kitchen side, they load a week’s worth of work lists, the Winstore starts dropping material onto the Rover and the sheets start rolling out. It just keeps flowing.”

Chervin’s continuous production involves both standard and customized operations, both of which are effectively handled by Biesse Group solutions.

“It’s quite seamless,” Klassen said. “We are able to upload a week’s worth of work lists and at any point we can rearrange the work lists to meet changes to the schedule. When changes are made the Winstore does all the work and there is no stress put on the operator to keep track, the sheets just keep rolling. Since we are in the custom market, we are dealing with a huge variety of materials, it would be almost impossible to manage them without automation.”

After spending nearly two decades with Chervin, Klassen has seen his share of change with the company and in the industry at large. Today, Biesse’s emphasis on automation helps Chervin keep its competitive edge in the marketplace.

“When I first started, my boss had one CNC machine,” Klassen recalled. “The CNC made it obvious that automation is the way to do woodworking. Prior to that, we were doing all the hard stuff by hand. Automation just made it so much easier for people to produce complicated stuff. 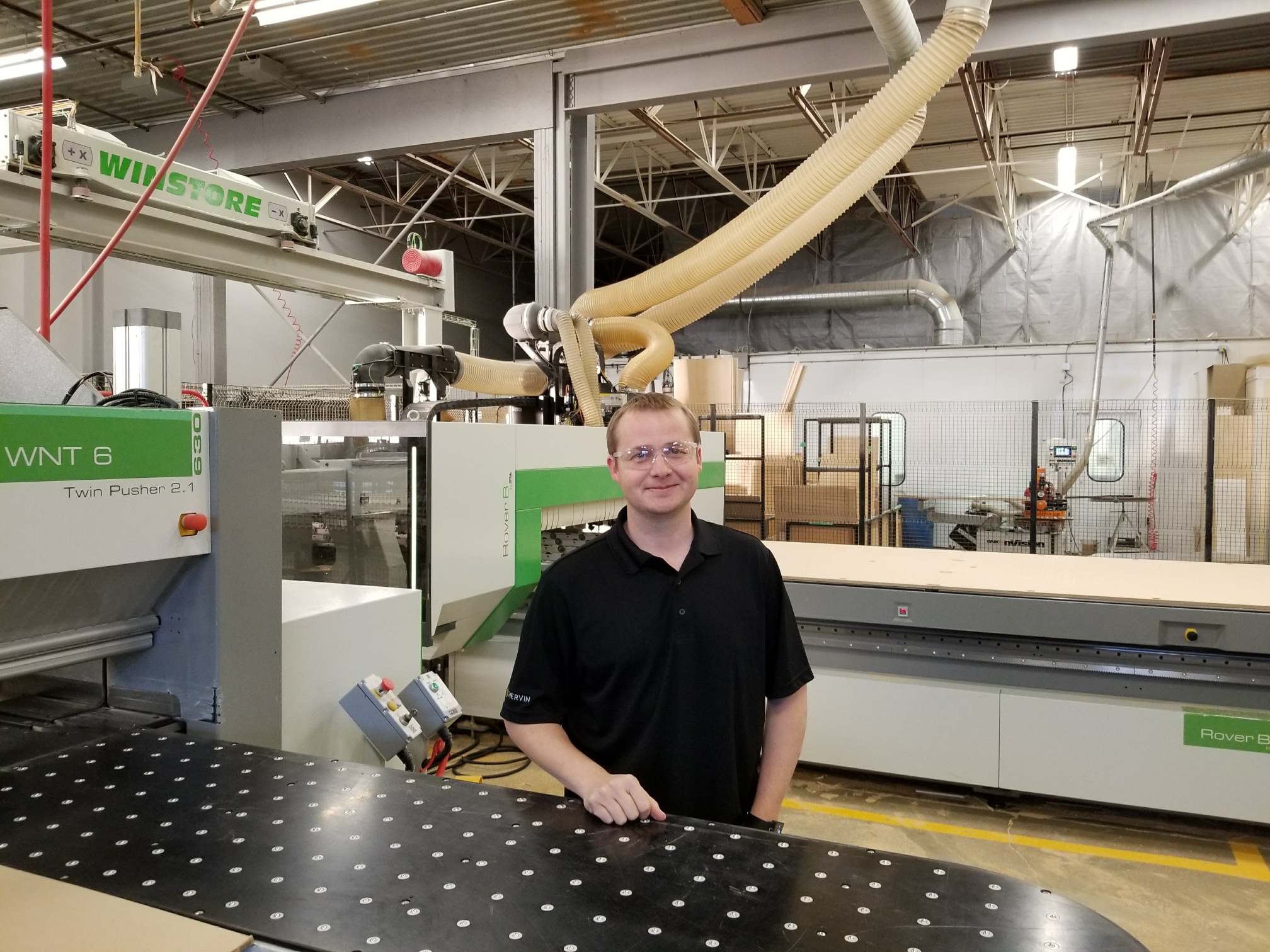 “The other thing is that it’s so much safer. We’ve had zero accidents for years. I remember a time when we were doing so much manual work on table saws and shapers. Injuries were more common. Over the years we’ve automated more and more, requiring less and less manual machining. The health and safety of our employees is extremely important to us.”

With automation guiding the way, and Biesse at the forefront of all the exciting technological advancements to come in the Fourth Industrial Revolution, Chervin is poised for even more growth in the future. 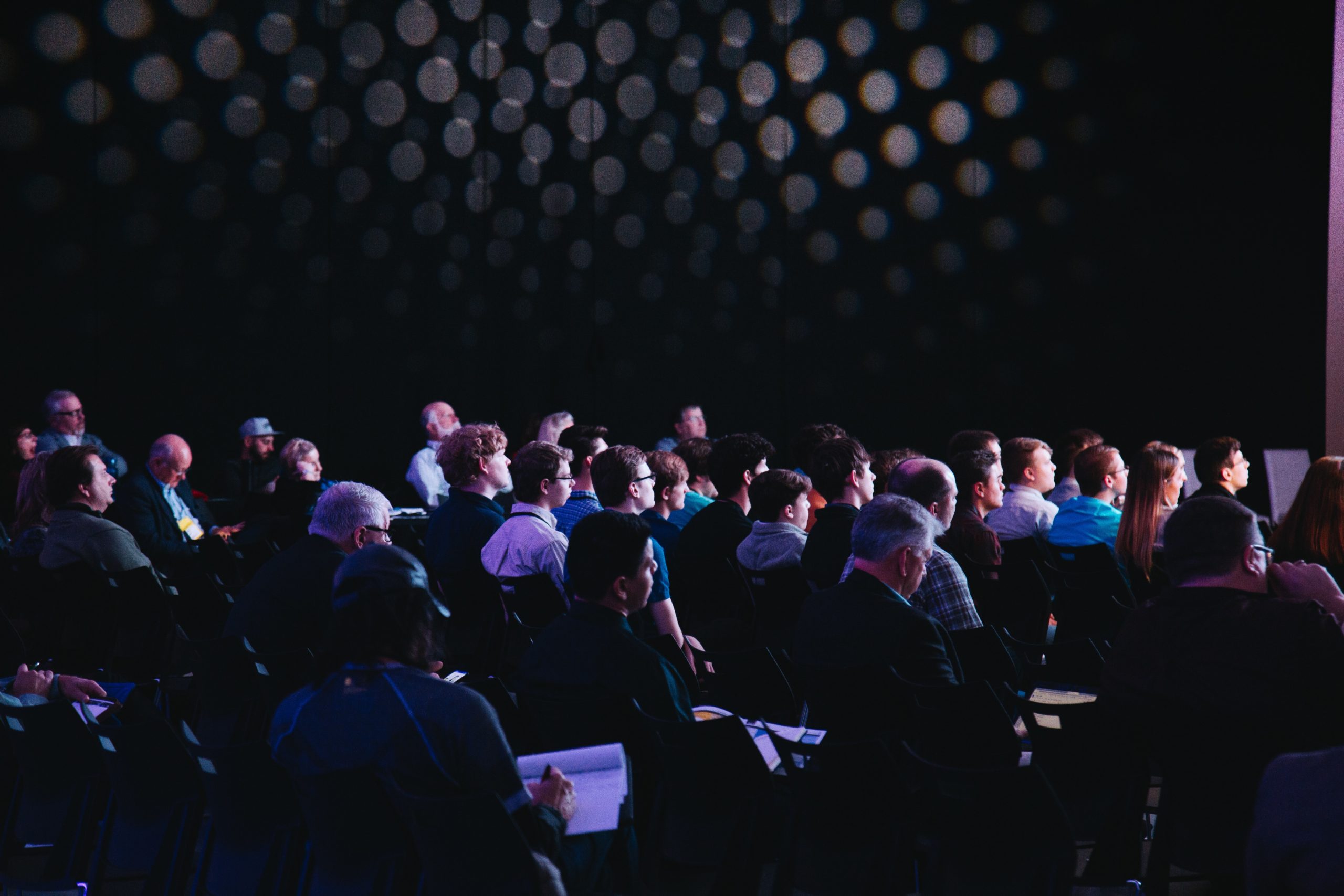