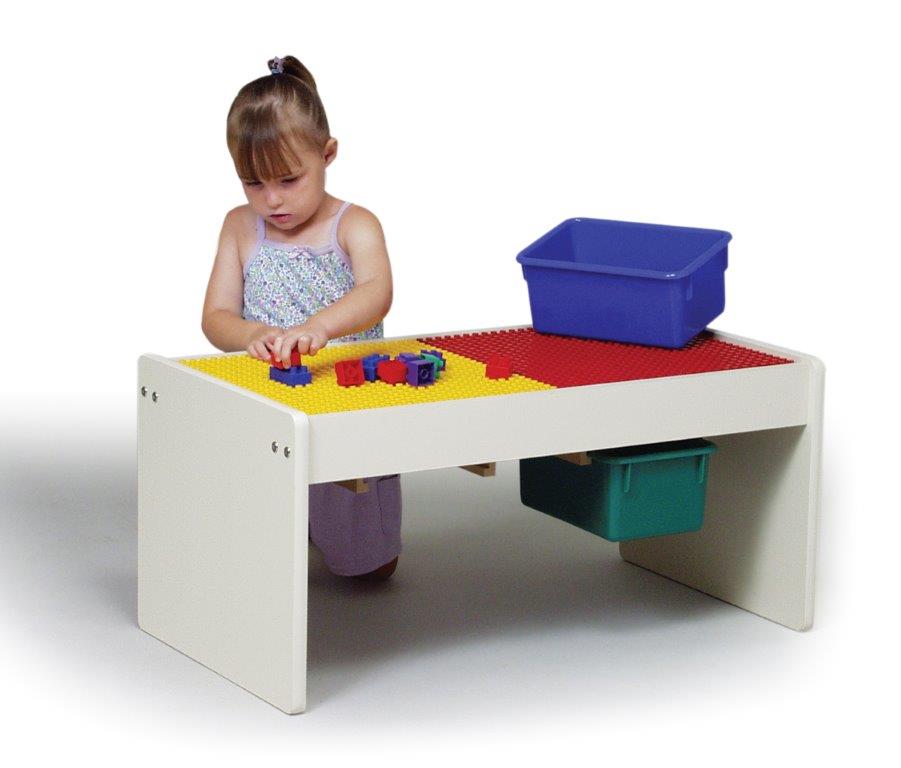 Once a commercial photographer for advertising, Crane’s journey as a furniture maker started somewhat by chance. Back in the late 1980s, he designed and built a custom-sized play table to entertain his young sons’ LEGO fascination. When the boys’ preschool learned of Crane’s hobbyist woodworking talents, he began donating his projects and taking some orders. As demand increased, fathers from Jewish Russian immigrant families seeking jobs in the nearby Kansas City community formed a staff of woodworkers in Crane’s garage. His 5-year-old suggested the name Funblock. After a stint in a pet store basement, the operation moved to it’s longtime location, an 18,000-square-foot facility in Raytown, Mo., where it’s held fast for 16 years.

The Funblock, Inc. story is marked with early peaks and recent lows that spurred significant cutbacks but were never so bad as to close its doors. In the mid ‘90s, when the fledgling company made almost every train table in specialty toy shops throughout the U.S., Brio and Playmobil provided a steady flow of orders. A prosperous upswing came in late 1997 when Constructive Playthings, a classroom furniture and storage distributor based in Kansas City, ordered 300 train tables. Within the year, orders soared to 5,000 and 7,000, 9,000 and 11,000 pieces in the following years. “In those days, that one table was 80-percent of our business,” Crane says. 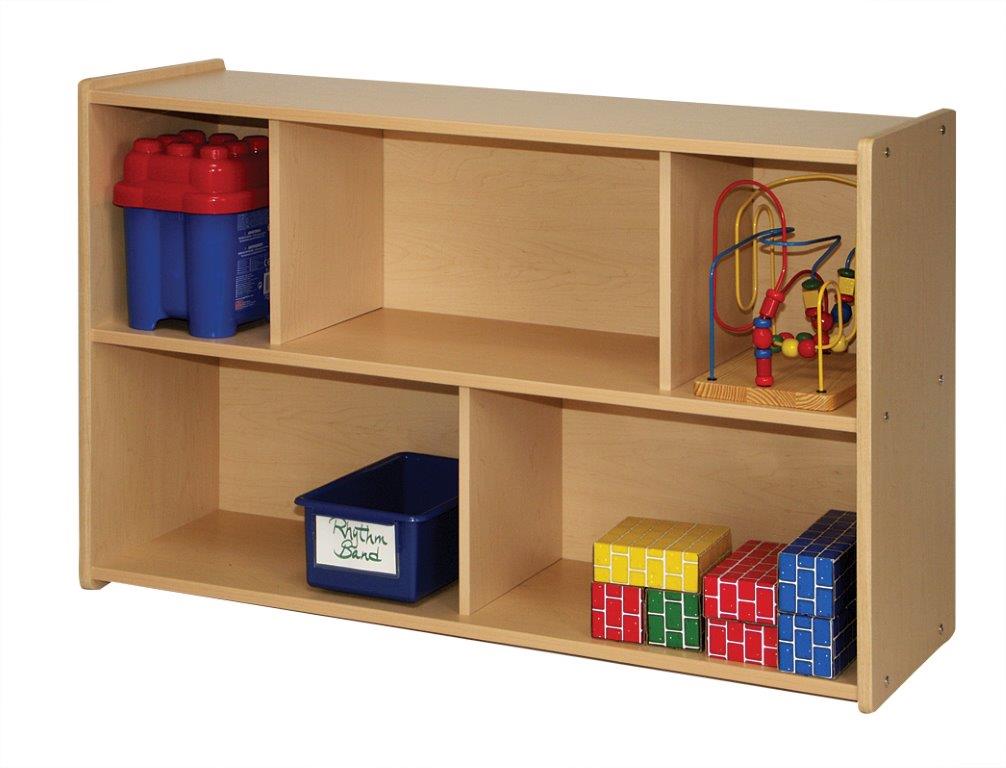 Numbers totalled 40,000 by the year 2000, when an off-shores factory knocked-off the design and offered it a lower price in big-box stores, diverting many orders from Funblock, Inc. Despite the hit, Constructive Playthings sold Crane’s popular design fairly steadily until the September 11 attacks. A halt in consumer confidence forced the distributor to cancel orders for thousands of units.

Two years ago, Crane reinstated production to fulfill made-to-order runs of 25 and 50 for Constructive Playthings. After an almost 10-year hiatus, it was difficult to locate that same green-colored TFM panel for the tables’ play surface. “I had to find someone to make the color we need,” says Crane. (see sidebar, page 24)

The classic train table remains a staple in childcare and preschool settings for use as activity centers for manipulative materials, but imported Thomas the Tank Engine-branded versions have replaced Crane’s as best-sellers for residential use, according to Constructive Playthings president Michael Klein. Funblock, Inc. currently designs and builds about 30 classroom storage products for the Constructive Playthings catalog. “Jobs have picked up in the school market recently despite the caution in the consumer economy,” Crane says.

At the onset of that decade or so when his iconic product fell off the radar, Crane steered his resources to meet the needs of new clients and to accommodate the new needs of existing customers. “Over the years, people asked us to do such and such, but I’d tell them some other company was better suited to do a certain thing more efficiently,” he says. “At one time, it didn’t make good business sense to do anything but those thousands of train tables.” When that changed, Funblock, Inc. made lateral strides to move forward. 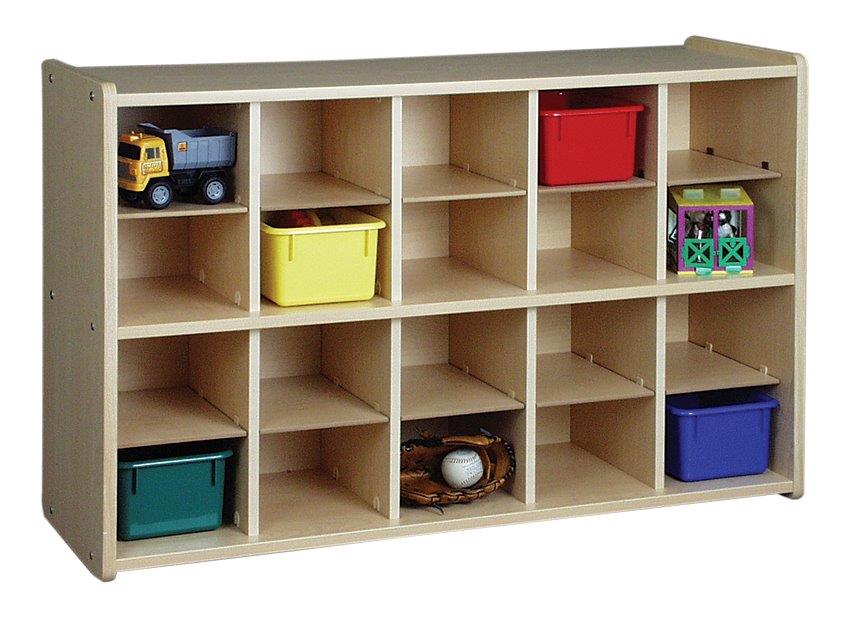 “Our survival has been about servicing the needs of companies who were buying things elsewhere in the past,” Crane says. “Another big part of it is trying to take care of more of the needs of current customers. In doing so, we have grown with them as their needs also change and expand.” An example of that is when Crane approached Kansas City Closets six years ago about localizing production of their TFM panel sizing. Funblock, Inc. now supplies all but the 3DL components for the local home storage systems provider.

“We are a tiny company, but we are extremely diverse,” Crane says. “Our small size is what has allowed us to adapt. It doesn’t take an act of Congress or a board meeting to change something around here.” To accommodate materials availability and cost considerations, Crane can tweak a areas of a design and its literature on the fly. That customizability means a modified order and its assembly instructions appear no different from a design in regular production. 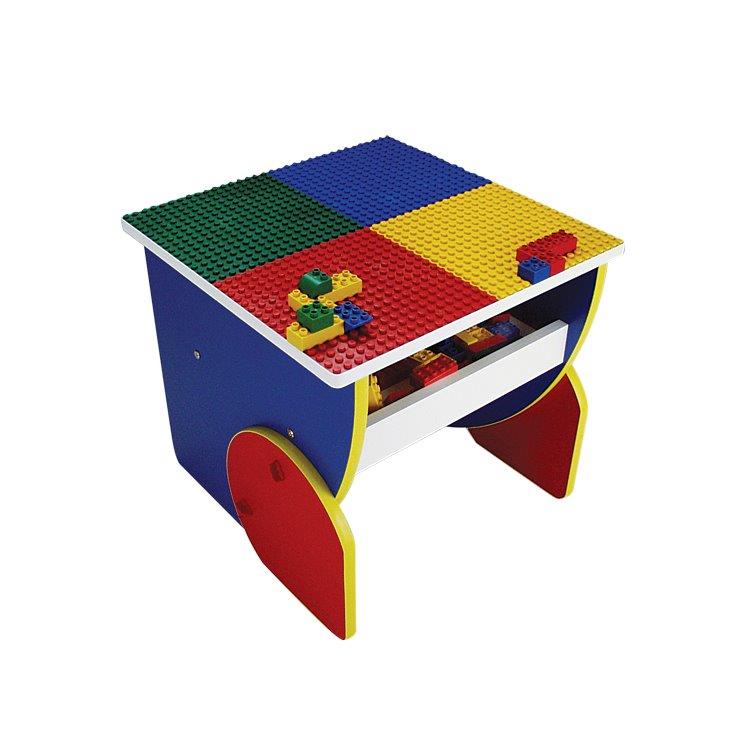 Its staff of eight has reconfigured its human and technical resources to survive. It’s shifted from making thousands of one product to handfuls of hundreds of designs using mostly the same equipment. Crane purchased his two Weeke machining centers, a Homag Espana beam saw and a Brandt edgebander through Stiles Machinery. The shop also houses a Gannomat full-line boring machine, a Ritter boring machine and a Felins stretch wrapper for packaging sized components. The Gannomat is set up for all of the classroom furniture, which Crane designed with the same hole-boring pattern.

Crane has always worked in the shop. His wife, June, works in the office when she’s not teaching preschool at their synagogue. So does their son Jonathan, who earned a technology degree from Pitt State in Kansas, learned AutoCAD and is experienced in rendering custom components and one-offs for new customers using Stiles CutRight software.

“The reality is that the customers have sought out competitive prices, and I figured out how to do what they need because I had to, sometimes making money and sometimes not but always doing my best to keep customers happy,” Crane says, adding that he even absorbed jobs along the way from a competitor that didn’t have CNC routers like the ones he purchased from Stiles in 1998. “Some of the newer ones would be faster, but ours are still adequate. In the past couple of years, we have tried to not spend money unless it makes a little money.”

Just last month Crane had to forgo a worthwhile software upgrade to replace a leaky roof with a $75,000 membrane system that will protect his equipment, his family’s livelihood and his customers’ loyalty. Rain water damaged a high-frequency drive in his Brandt edgebander, but Crane says it came as a relief when Stiles was able to ship the $5,000 replacement part from Germany.

Crane says it’s encouraging to see business heading in the right direction in the last few months. “I’m just hopeful that things will get better for everyone and maybe, just maybe, be back where they were 12 years ago,” he says. “Things have been tough, but we’re here, we’re operating, and I know we’re not alone.”

“Our survival has been about servicing the needs of companies who were buying things elsewhere in the past.”

Suppliers at a Glance: