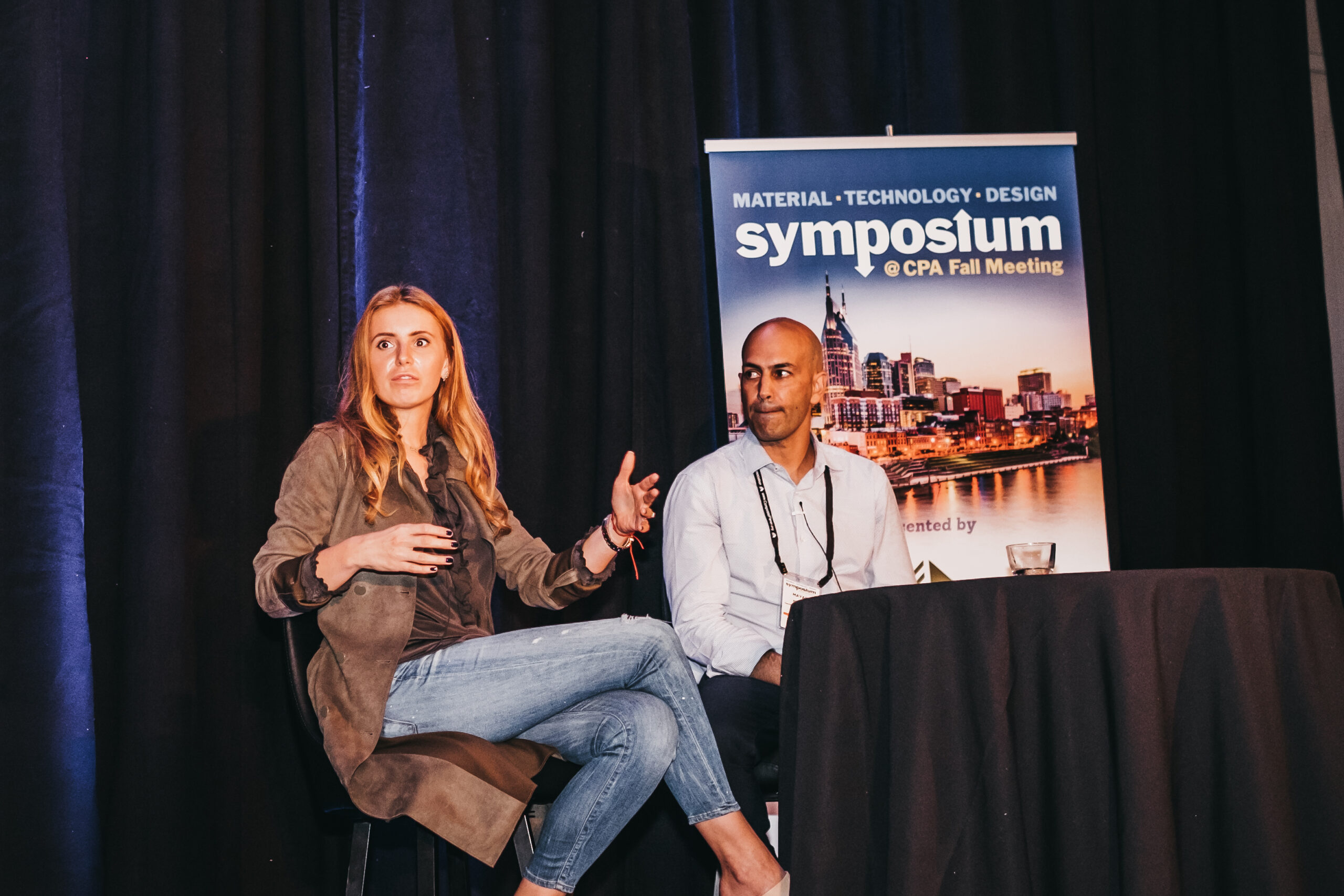 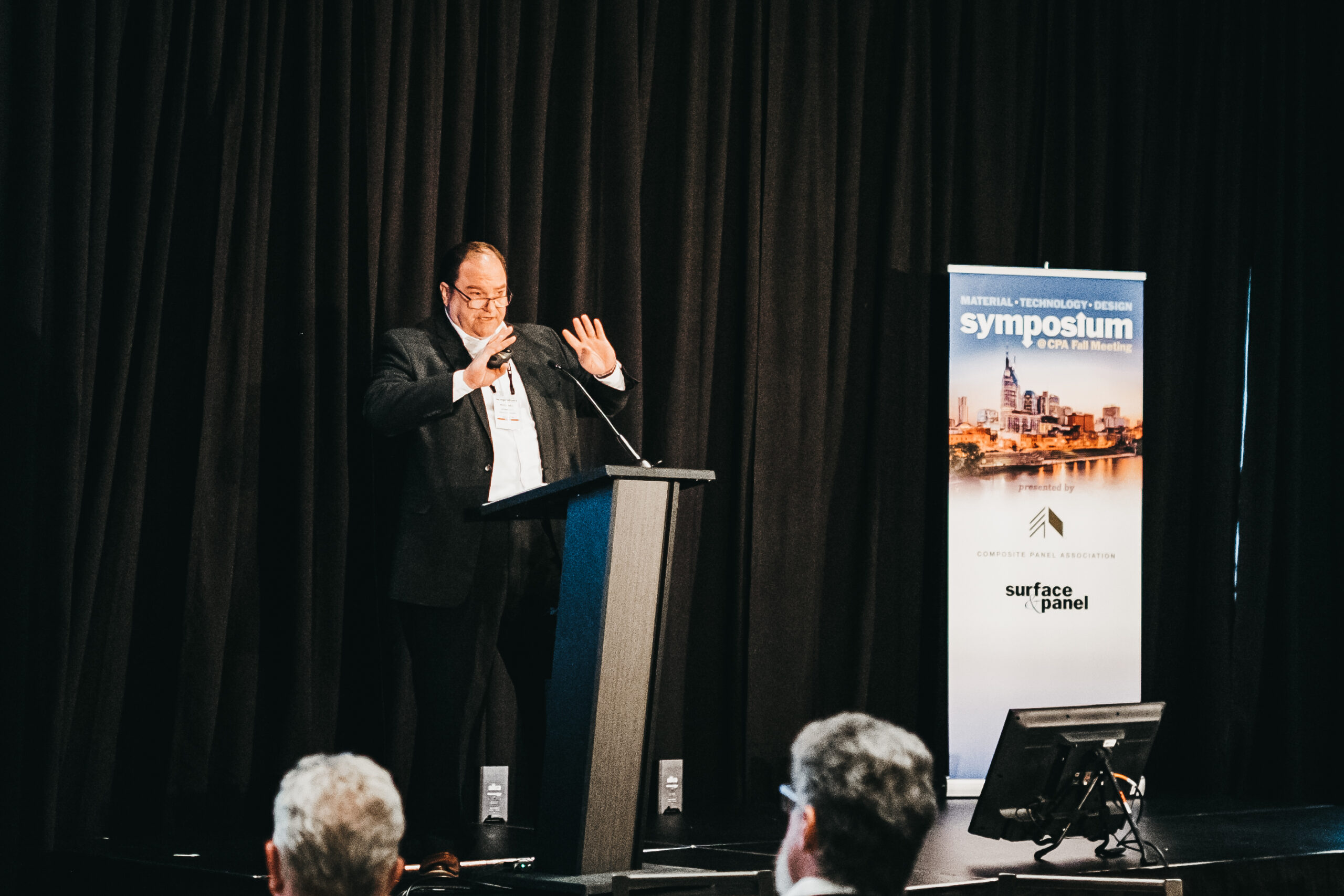 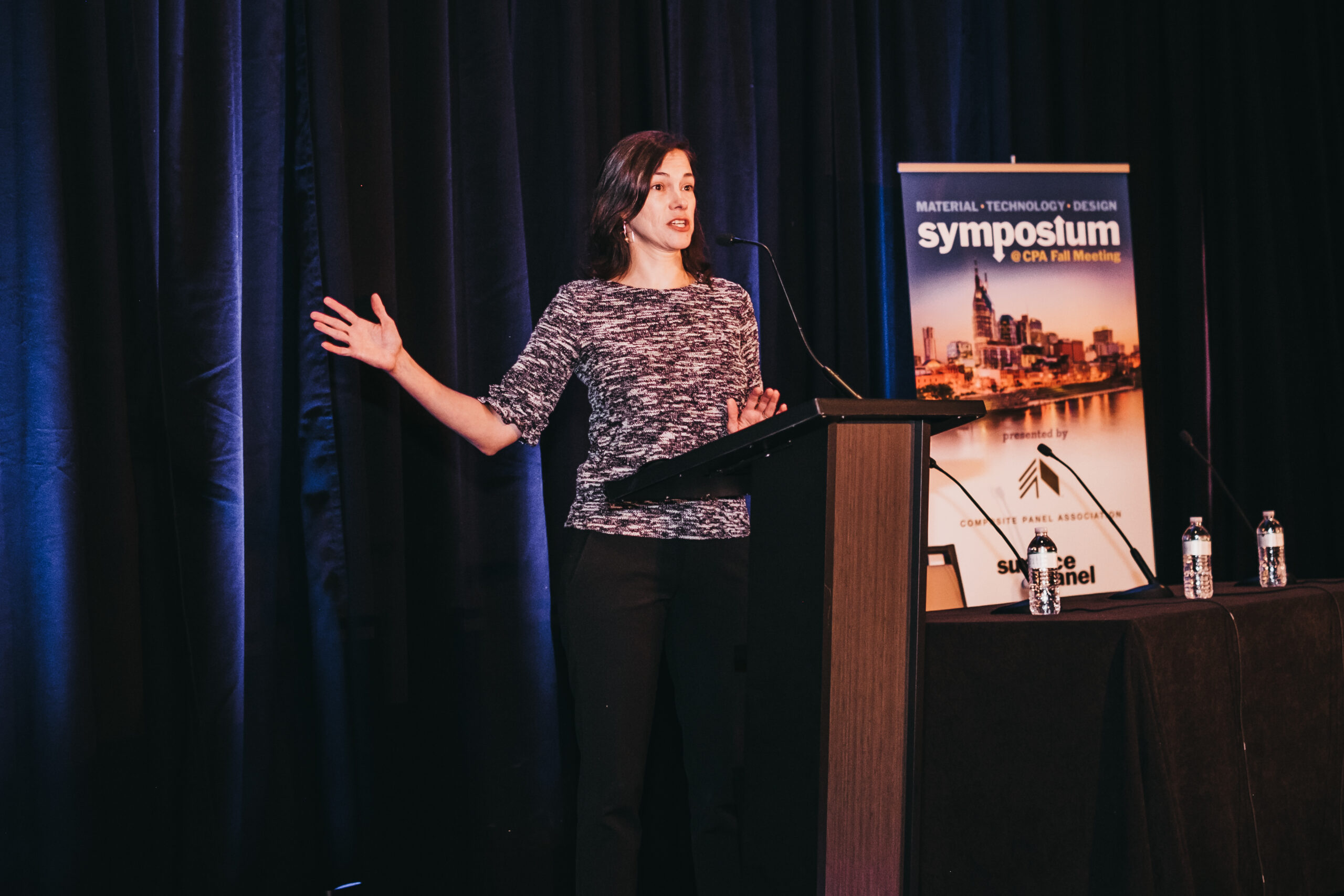 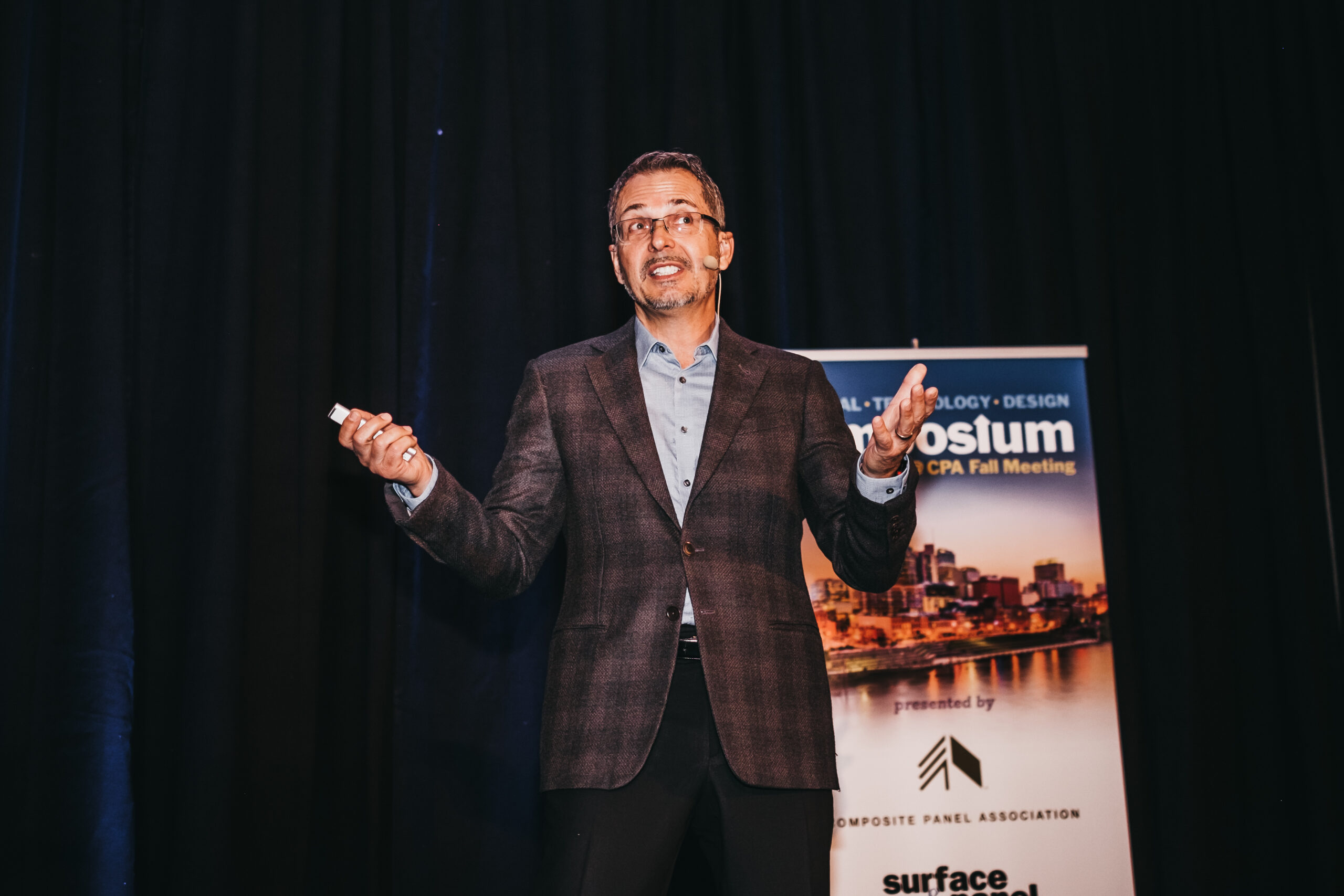 Country might be the dominant music in Nashville, but rock ‘n’ roll might better describe the energy and atmosphere at the second annual Material, Technology and Design Symposium @ CPA Fall Meeting in late September. 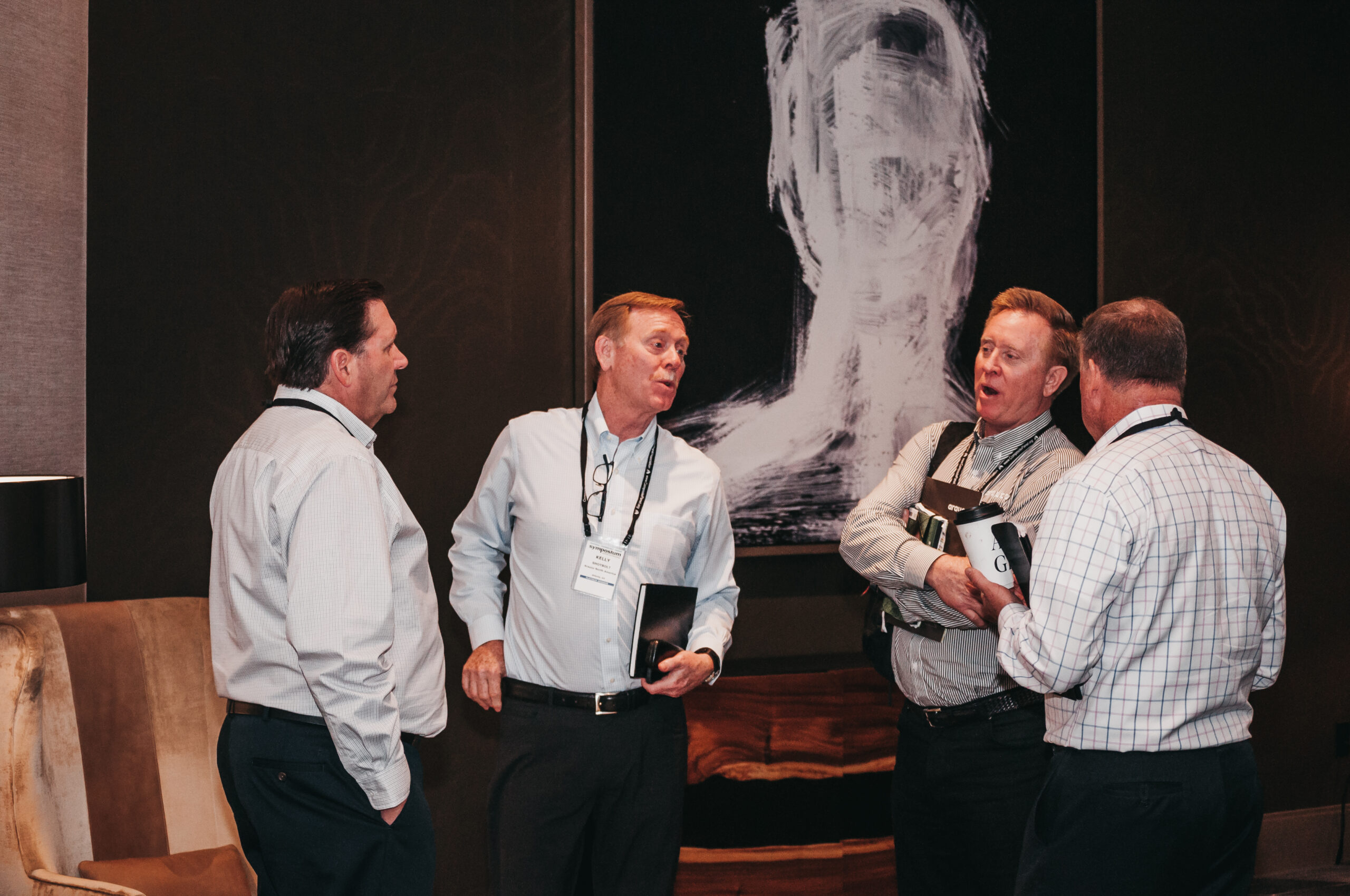 More than 300 people converged on Music City for this year’s event, which featured high-powered speakers, an inspirational trade show and two days of valuable industry networking that no doubt initiated some business deals and helped close others.

The lead acts at this year’s show were speakers Todd Bracher and Tom Wujec, both internationally known for creative thought, envelope-pushing innovation and strong market growth among their business clients.

Bracher, an acclaimed industrial designer who is founder and creative director of Todd Bracher Studio, pushed audience members to think in new ways with his presentation titled “Design for Strategic Differentiation.” Wujec, who is chief disruptor at Autodesk, the Oscar-winning industry leader in 3D computer animation technology and one of the world’s largest software companies, inspired attendees to look ahead in his talk “The Future of Making: Revolutionizing How We Imagine, Create & Distribute Products.”

Other top speakers included Stephanie Pierce, director of designs and trends at MasterBrand; Mayan Metzler and Michala Hlavackova of German Kitchen Center; and Greg Triplett, vice president of sales and marketing at Marlite. The final session featured a panel of top interior designers from Nashville discussing how and why they specify decorative surfaces.

The symposium is a high-powered, must-attend event that brings together leaders of the composite panel and decorative surfaces industries, along with users and specifiers of those products. For the second year, the symposium was co-sponsored by Surface & Panel magazine and the Composite Panel Association in conjunction with CPA’s Fall Meeting.

“The symposium has become a fixture of the CPA Fall Meeting in only its second year,” said Jackson Morrill, president of CPA. “The excellent speakers, diverse program and unparalleled networking opportunities have led to record attendance and rave reviews. We are excited to continue building on this early success by attracting wider participation from specifiers, designers and end users of decorative surfaces made with composite wood panels.”

“I truly believe this high-energy event hit all of the right notes,” said John Aufderhaar, publisher of Surface & Panel. “The speakers were engaging, provocative and inspiring. The exhibit hall offered great new ideas and concepts, and the networking was continuous and productive.”