Given that pop-up stores are quickly assembled and short term by definition, you might think that customer expectations for them would be lower than they are for more permanent retail locations.

You would be wrong. In fact, customer expectations are higher for pop-ups.

“Pop-ups aren’t new anymore. What’s consistent is the expectations are different,” said Melissa Gonzalez, founder of The Lionesque Group, an agency of retail strategists and pop-up architects. “When a consumer goes to a pop-up store, they 100 percent expect to get an experience, have an aha moment, share on social because social currency is all about sharing what you’ve experienced.

“When you go to a permanent store, those expectations aren’t as high. You’re kind of surprised if it has that element. With a pop-up store, it’s expected that it will have that element,” Gonzalez said.

The Lionesque Group, based in New York City, is a key mover in the pop-up movement. The explosion in online shopping has rocked retail, forcing the closure of thousands of physical shops and a major rethinking of what stores should be. Pop-ups are among the more innovative and successful responses.

Gonzalez, who founded The Lionesque Group in 2009, describes herself as a retail futurist. She also is founder of 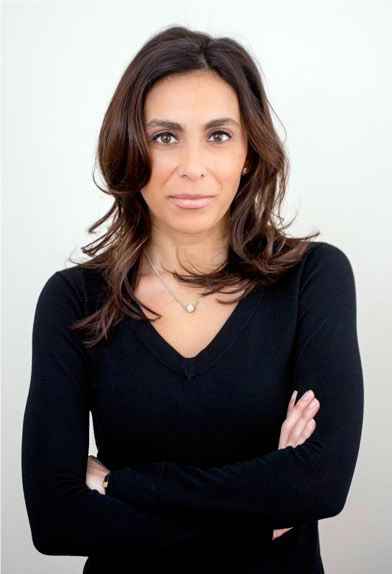 Lionesque’s services run the gamut from conceiving a strategy to design to scouting a location to hiring staff to building out and executing a store’s creation to using the latest analytics and metrics to monitor traffic, sales and 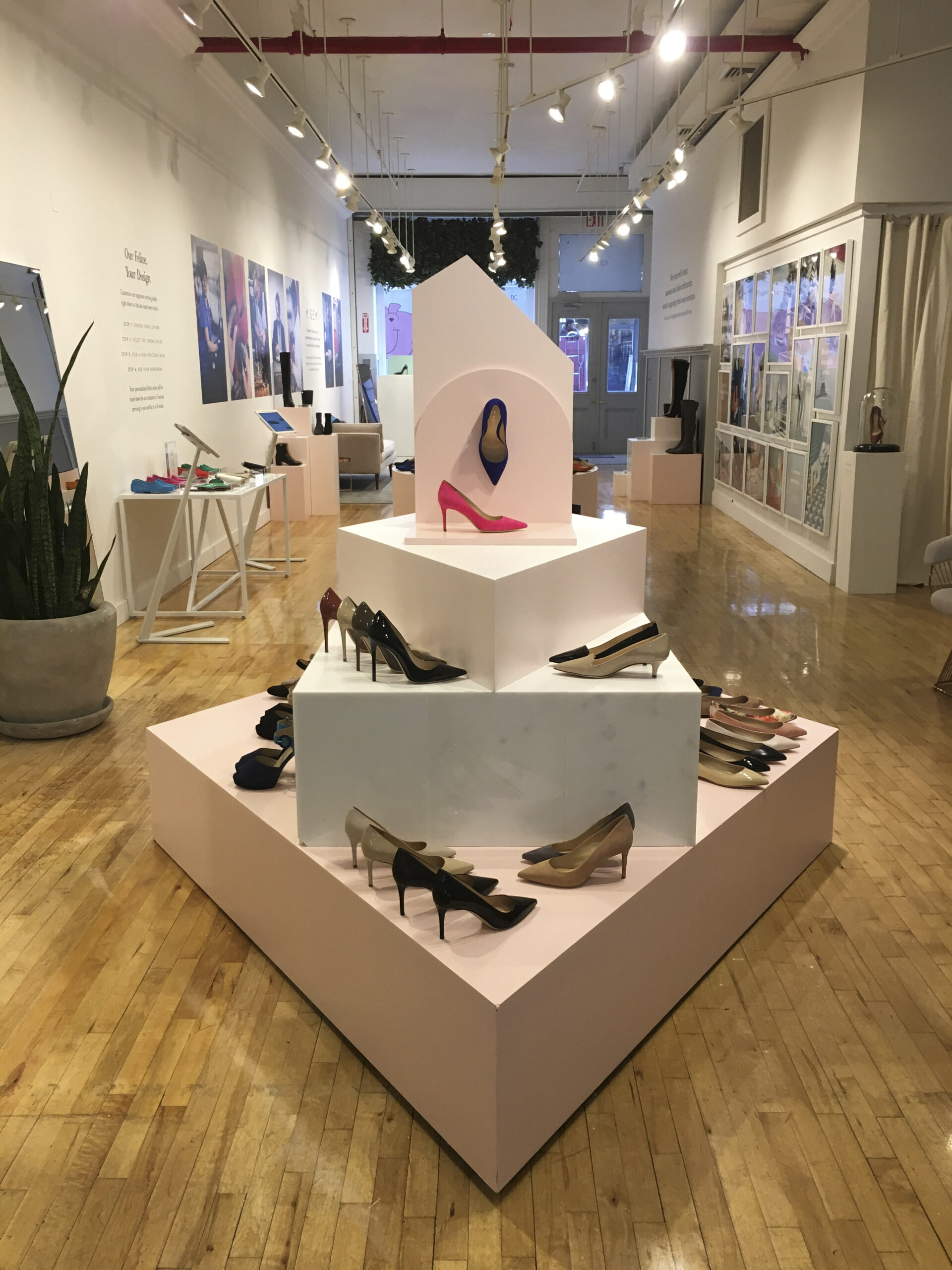 Gonzalez defines a pop-up as “a short-term retail experience” that can be as brief as three days and as long as a year but typically is six months or less. Pop-ups have been around for a decade or more, but they picked up momentum about 2013, she said.

“At that time, we were really seeing the store format change, how much square footage was actually needed,” she said. “So we tried to maximize the experience per square foot.”

The change was driven by people’s growing ability to shop online and have everything they need at their fingertips without leaving home. Plus, people were busier than ever and trying to squeeze more into their available hours. Retail stores needed to provide something different to make it worth people’s time to visit.

“Your time and ability to go to stores is lessened because we pack our day with so much stuff. So when we go to a mall today, you only go on average to two stores, not spending hours there. When you go get something, it’s usually with a purpose, and you’ve already done research online.

“When you go to the in-store experience, you are just expecting something a little different now. Some locations lend themselves to be transactional hubs. For others, customers are like, ‘OK, I’ve researched online, but there are lot of things I can’t answer online that I have to answer at a physical location.’”

Unfortunately, many long-time retailers are overbuilt and are struggling or closing because they haven’t caught up with what consumers want, which are experiences, Gonzalez said.

One of the challenges of developing a pop-up is finding that sweet spot between investing enough to make the experience fulfilling for customers and not going too far given the likely short-term nature of the outlet. 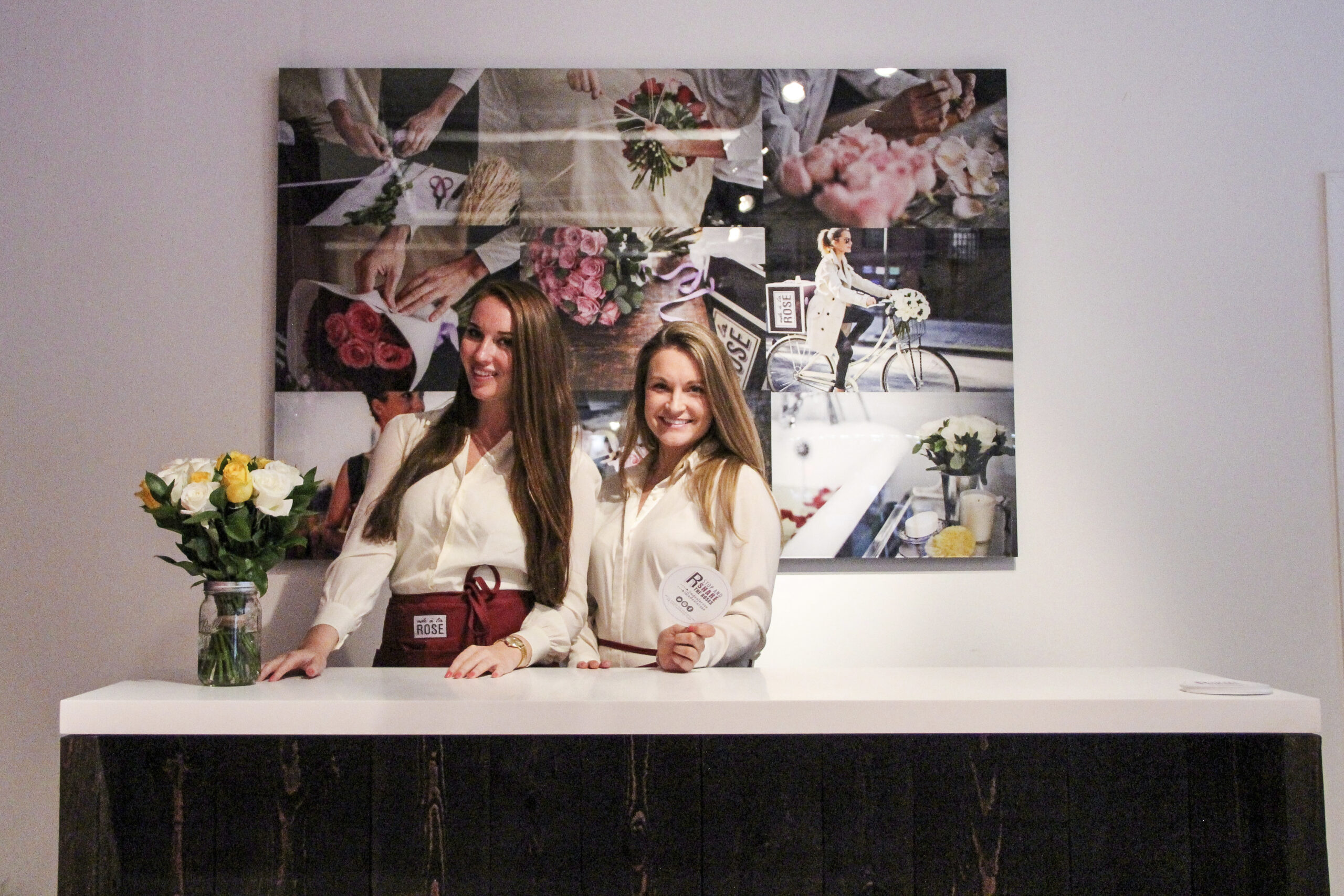 “A lot of brands think, ‘Oh, I’ll go to market more effectively by doing a pop-up. It will be fast and cost-effective and all of that stuff.’ But they underestimate a lot. You are still exposing your brand to the consumer market, and you still have put your best foot forward. And the expectations are actually even higher,” Gonzalez said.

Lionesque’s clients include digital brands that want to test the viability of a physical location. Lionesque is also seeing more wholesalers targeting direct to consumer channels.

“They want to create branded experience stores,” Gonzalez said. “They are not necessarily going to stop having wholesale, but they want to create more of that emotional connection with their consumers. They generally do it for the short term, but if the market works, a lot of them start thinking that maybe they should have a physical store.”

About 25 percent of Lionesque’s customers end up converting their pop-ups to more long-term locations, Gonzalez said.

In effect, when Lionesque builds a pop-up, it is building a set, she said.

“So we’ll take inspiration from the full experience that you want to have, and we’ll try to find our high points and low points and build that set that’s not going to break the bank.

“A lot of time what I see clients do is they pick their one or two key Instagrammable moments that they’ll invest more in to bring that experience into the store. But maybe go a little more basic in the shelving to offset that they spent $10,000 on an Instagrammable installation.”

So what creates the in-store experience that today’s consumers demand and pop-ups are offering? And what, exactly, is Instagrammable?

“What we want to do is inspire their inner-creative, inspire them to be content creators for you. And to learn something today that they are going to want to share,” Gonzalez said. 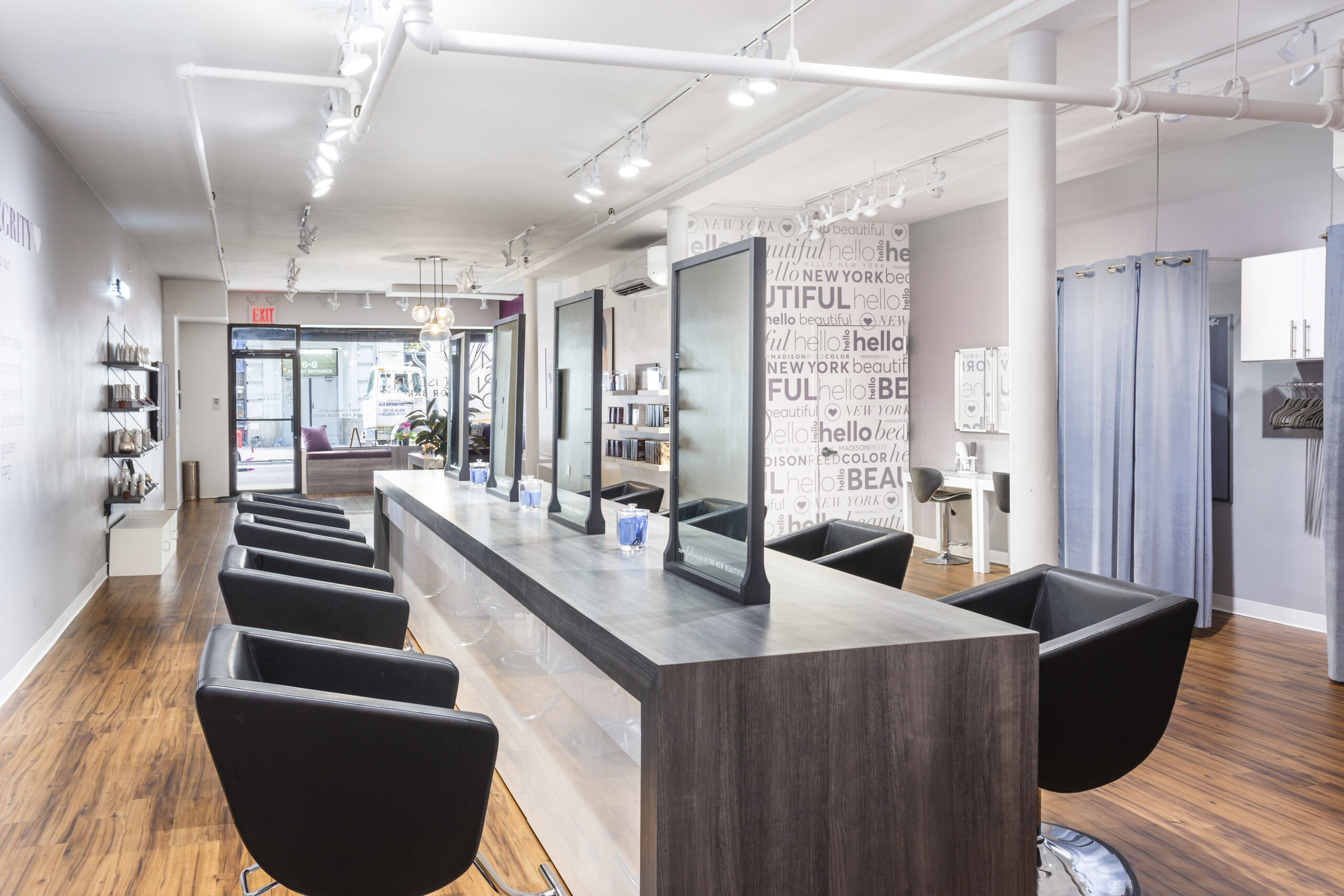 or example, people love giant green screens that create beautiful and exotic backdrops for customers’ pictures, she said. Interactive technology such as virtual reality works well in many locations, but it must be purposeful, and it doesn’t make sense for all brands.

One of Lionesque’s clients, Leesa, created the Leesa Dream Gallery that uses virtual reality to take customers on an immersive experience guided by an Olympic champion.

“It’s like a dream that you are taken on by their brand ambassador, Michael Phelps, so it’s a cool experience for the customer, and it’s good for the brand because now they are going to lie on the bed longer because they are going on this cool journey, and he is subliminally getting them to lie on the mattress longer to really understand how comfortable it is.” 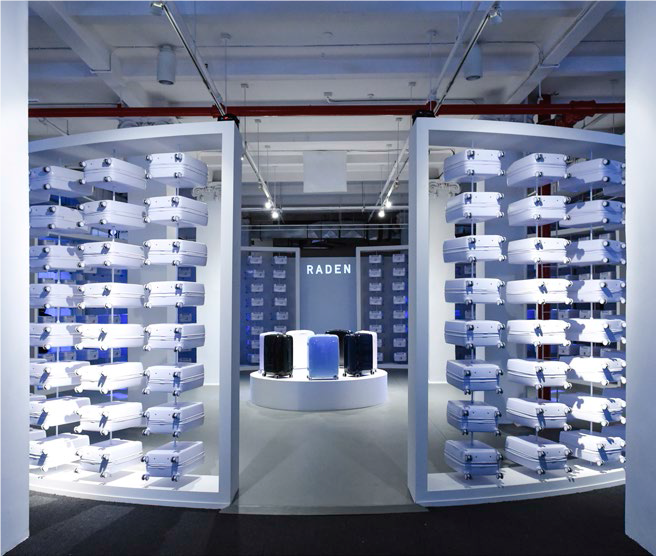 Community building is also a big thing for retailers trying to create experiences. In some cases, like-minded brands that have similar missions or sell complementary products will co-host events or share space for what’s called co-retailing, Gonzalez said.

For example, athletic apparel stores will host free yoga and Pilates classes. “You might not need yoga pants every time you go, but now there is a community feel around these brands, and it’s who you are going to think of most when you need that product.”

Transparency is another attraction in some of today’s top retail locations. Food stores are especially suited for sharing important information with customers, such as what’s organic and what’s not GMO, through graphics and interactive monitors, Gonzalez noted.

Gonzalez had a hard time picking her favorites from among the 150-plus pop-ups that Lionesque has helped build, but she singled out a store in Soho in New York City designed to help launch the Raden luggage brand in 2016. It featured a “coliseum” of 365 suitcases signifying the travel opportunities available every day of the year.

“A big trend in design is that the product is the hero, and you kind of design the store around that. That was a really fun one,” she said.

She also is partial to a bookstore that Lionesque helped open for Penguin Random House in Puerto Rico, The Bookmark Boutique. Lionesque replicated a rainforest, and the store has a zip line running from the front to the back of the store, with a green living wall in the back. “It was all about bookmarking your next adventure, so the zip line stairs were all books,” she said. “You could take a picture and put your face in the cover of a book and share that on social.” 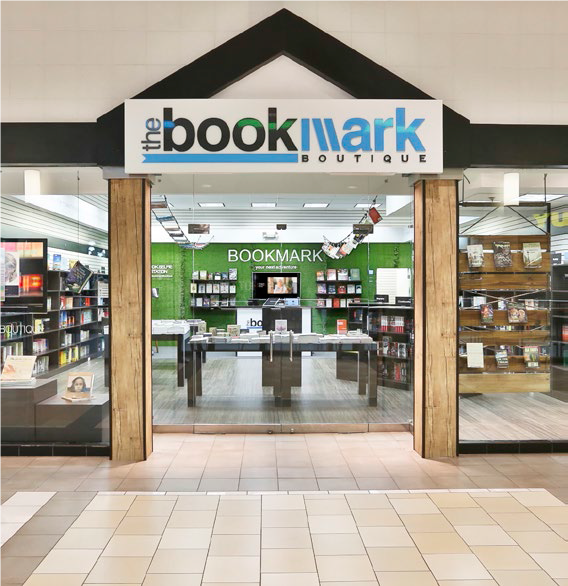 “It was cool to share the pure joy of people being excited by the physical book,” she said.

To set the stage for pop-ups, Lionesque mostly selects cost-effective materials that help tell the story while saving money for Instagrammable features. For permanent locations, durability becomes a bigger part of the conversation, so designers often go with plywood instead of MDF or laminates instead of stained woods, Gonzalez said.

Among the company’s favorite materials to offer aesthetics and durability is high pressure laminate from Wilsonart. HPL is prominent in Lionesque’s pop-up for Madison Reed Color Bar, which specializes in hair colors.

Lionesque is also a big fan of marble and terrazzo. In 2017, it brought touches of old world Italy to a modern setting in a Soho pop-up for M.Gemi, which brands itself as a seller of Italian shoes “made the old way, sold the new way.” The store featured marble stairs, a part-marble shoe display and a terrazzo-tiled bar. Portico shelving units helped complete the Italian look.