Amid uncertainty, forecasts are cool for housing, remodeling in 2019

Amid uncertainty, forecasts are cool for housing, remodeling in 2019

Start with rising, stabilizing and then falling mortgage interest rates.

Throw in stock market volatility, a partial shutdown of the U.S. government and global economic uncertainties.

The result for economic forecasters trying to make predictions for the remainder of 2019 has been a challenge.

For those looking at U.S. housing markets and related activity, however, the expectations are fairly consistent: The 2019 housing market will be one of the coolest in years. 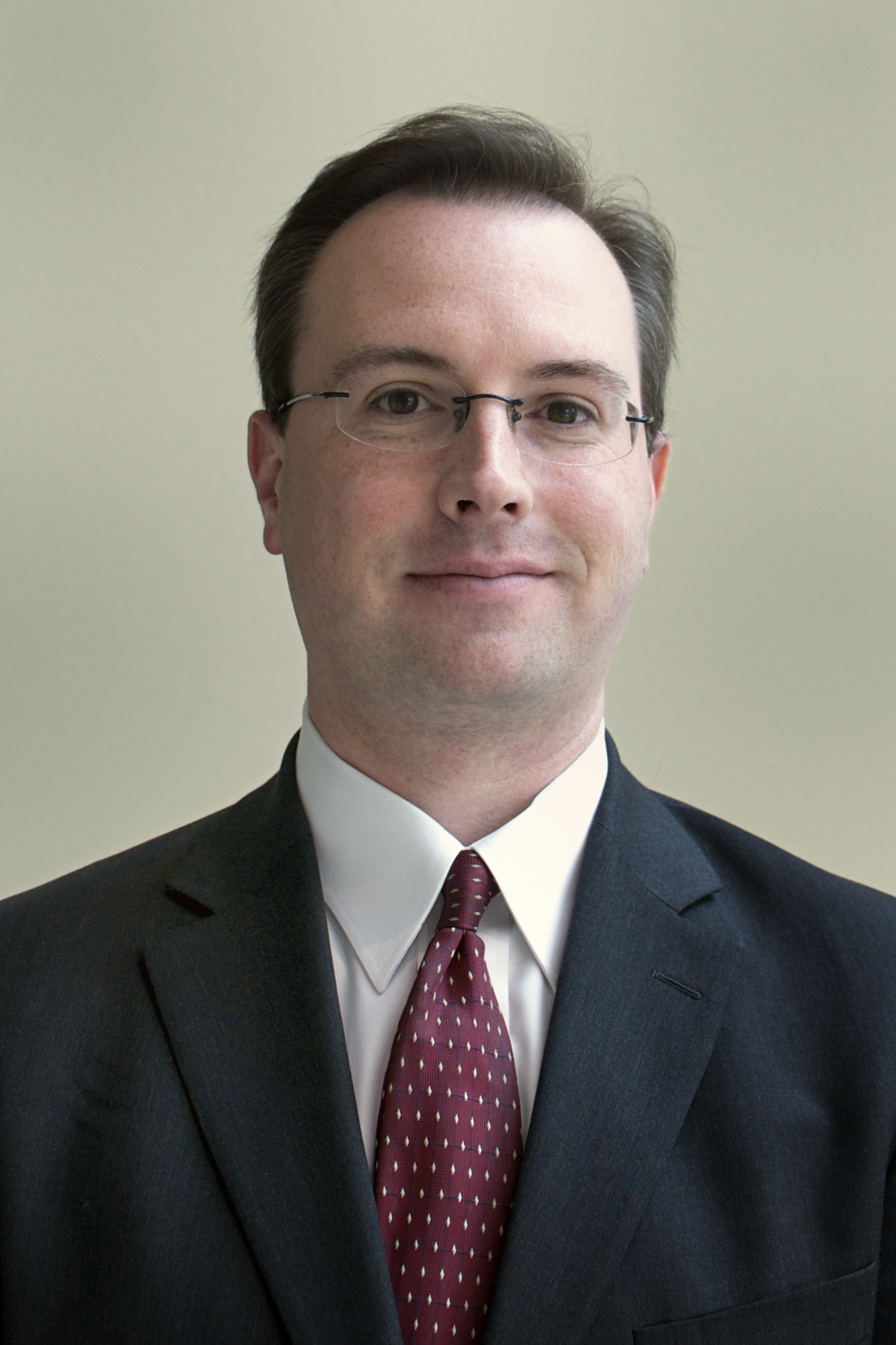 “This is the most difficult forecasting period since the end of the Great Recession,” said Robert Dietz, senior vice president and chief economist for the National Association of Home Builders. “You’ve got all the political stuff, the shutdown, interest rates and market volatility, which makes it quite difficult to call the timing of some of these things.”

That said, Dietz and others watching a variety of housing sectors pressed on with expectations for the rest of this year.

Uncertainty aside, realtor.com and Redfin are united in their forecasts for 2019.

“We predict that the housing market will continue to cool into the first half of 2019," said Daryl Fairweather, chief economist for Redfin, a discount online search site and brokerage.

A few takeaways from the 2019 forecasts of Redfin and realtor.com, which is operated by News Corp. under a perpetual license from the National Association of REALTORS:

"Inventory will continue to increase (in 2019), but unless there is a major shift in the economic trajectory, we don't expect a buyer's market on the horizon within the next five years," Danielle Hale, chief economist for realtor.com, said in a news release. "Unfortunately for buyers, it's only going to get more costly to buy, especially the most-demanded entry level real estate.”

When it comes to new home construction, the second half of 2018 was somewhat disappointing.

“There was a run-up in interest rates and rising supply costs, particularly lumber, which kind of stalled the market,” Dietz said. “This year, we expect a growth rate for single-family starts of less than 2 percent, which is fairly close to flat. It will probably be the same for multi-family starts.”

To a certain extent, builders and their consumers weathered the increased costs. Demand remained consistent.

He noted that interest rates hit 5 percent late last year but have since dropped, which typically helps the housing market. 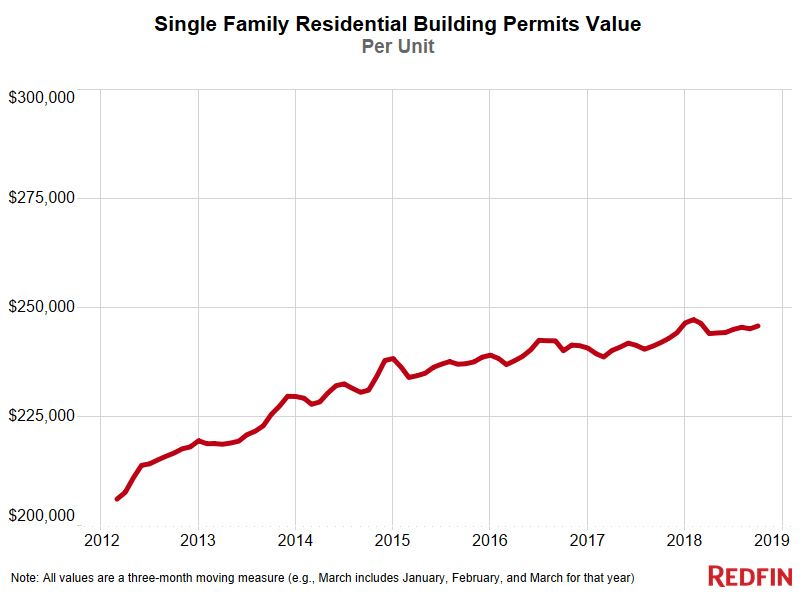 “It will be a challenge for builders,” he said. “We had years of price appreciation, which made it possible to cover cost increases, but now we’re looking at lower volumes and affordability.

Despite uncertainty in many areas, Dietz said, many core economic fundamentals remain sound, so there are markets for expansion. For example, he noted the townhouse market, which recently experienced double-digit growth.

“Builders need to continue to manage rising construction costs to keep home prices affordable, particularly for young buyers at the entry level of the market,” he said.

Redfin expects homebuilders will be more cautious about building during a cooling market and focus on starter homes that are easier to sell than luxury homes. It also expects building permit values will decline and higher labor costs will limit the number of homes built. Meanwhile, higher wages will be a boon to demand for starter homes among working-class Americans.

Stagnant bidding, fewer new jobs and a decreasing backlog are combining to dim the outlook for remodelers through the end of 2019.

In fact, annual growth in the national market for home improvement and repair is expected to slow considerably, according to January’s “Leading Indicator of Remodeling Activity” from the Remodeling Futures Program at the Joint Center for Housing Studies of Harvard University.

The LIRA forecasts gains in renovation and repair spending to owner-occupied homes will drop from 7.5 percent in 2018 to 5.1 percent in 2019. 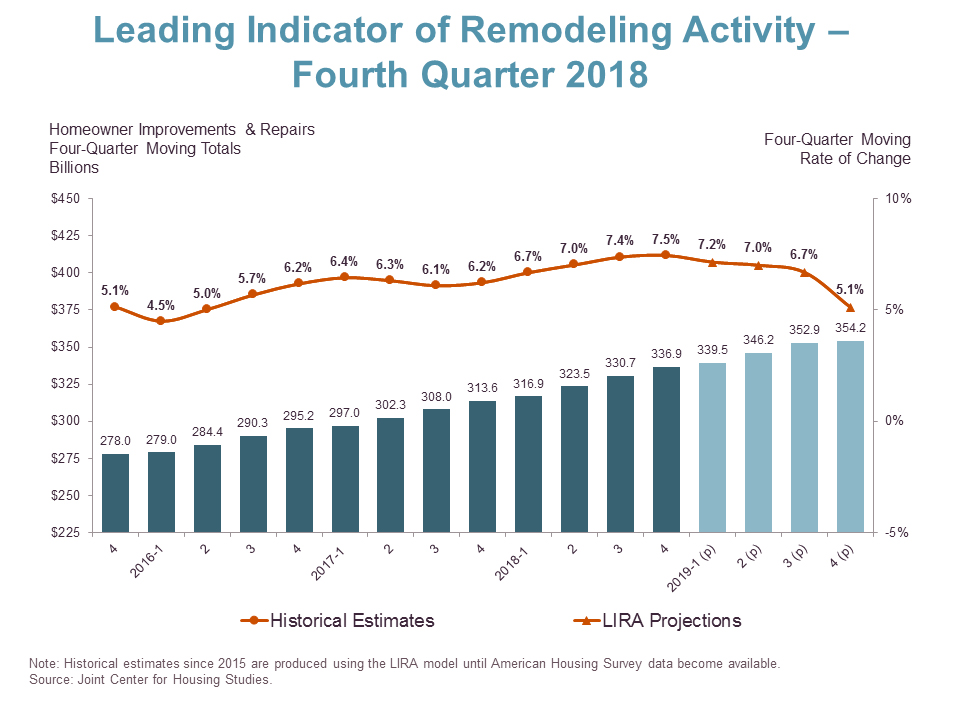 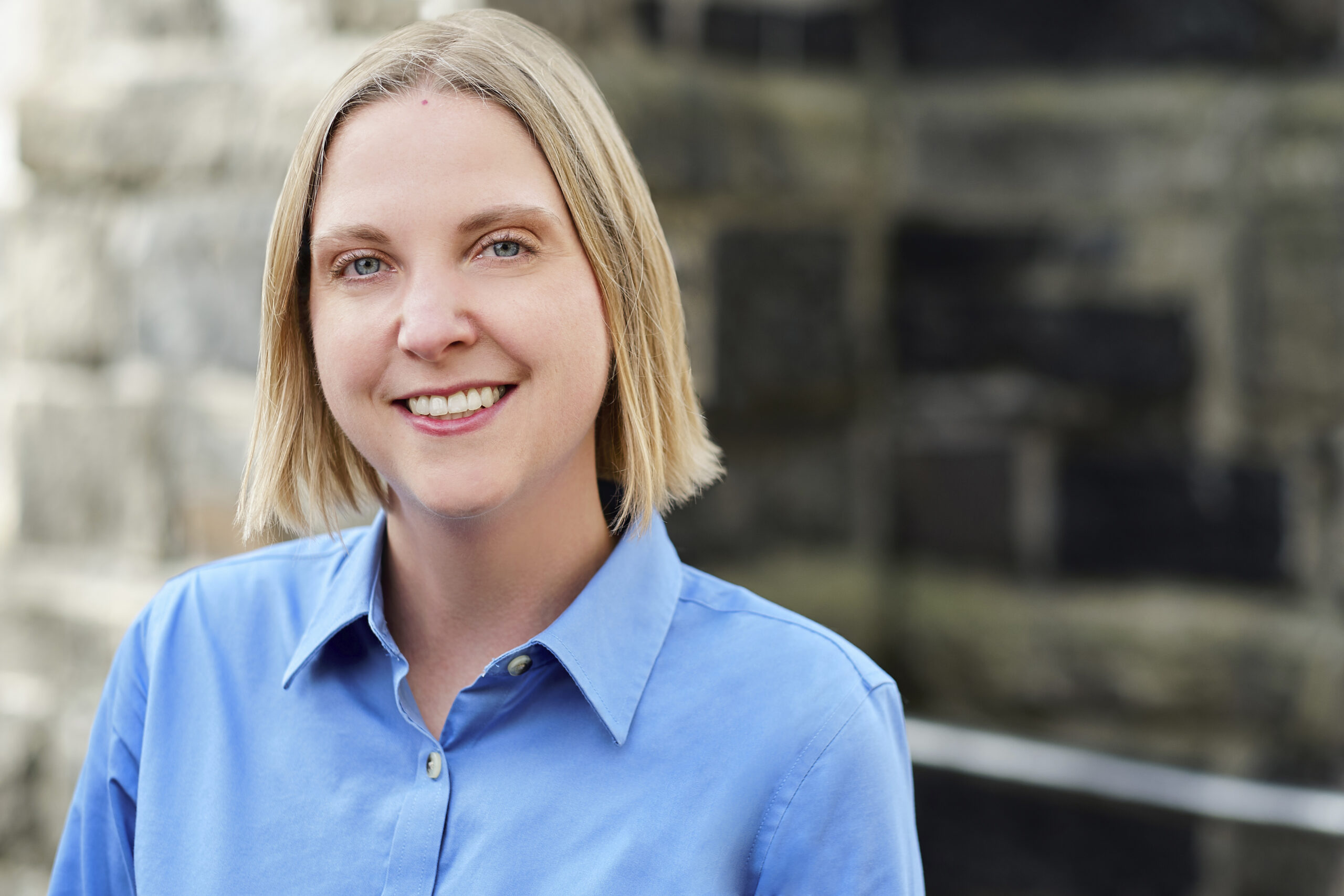 “Despite the growing headwinds, improvement and repair spending is still set to expand this year to more than $350 billion,” she said. “Overall, the sentiment is for a softer housing market, and while we don’t expect declines in remodeling activity, we expect growth to be 5.1 percent, which is pretty close to the historical average of 5.2 percent.

“Maybe it’s just a return to a sustainable growth rate after two or three years of above-average activity.”

Will said growth or declines in the remodeling market typically follow the general housing market.

“If home building or existing home sales are going well, then remodeling will be good, as well,” she said. “A lot of remodeling happens around sales, either the sellers before or the buyers after.”

The National Association of Home Builders said the overall market remains strong, but rising labor and material costs are causes for concern.

“Many of the fundamentals for the remodeling market, including demographics and economic and employment growth, remain favorable,” the NAHB’s Dietz said. “However, remodelers continue to face challenges in keeping their prices competitive while dealing with the increasing costs of labor and building materials.”

Similar to the remodeling industry, the outlook from the National Kitchen & Bath Association calls for slower growth in 2019.

The association of designers, retailers, remodelers, manufacturers, distributors, fabricators, installers and other industry professionals is forecasting growth of 4.1 percent in the U.S. kitchen and bath products market. That follows expected growth of 7.6 percent in 2018 to $170 billion.

For 2019, the kitchen and bath market is expected to climb to $177 billion, according to its recently released 2018-19 Kitchen and Bath Market Outlook.

The association noted the overall market is split almost equally between residential kitchen and bathroom projects. For 2019, the kitchen market is expected to grow 5.1 percent to $90.2 billion, while bathroom spending will increase by 4 percent to $87.2 billion.

In the kitchen market, the association said cabinetry will account for about $21 billion, a 4.2 percent bump over 2018. Breaking the segment down further, NKBA said the majority of cabinetry spending, $16.8 billion, will be on remodeling, while $4.2 billion will be on projects within new homes.